Four elderly patients died in Kanpur's Lala Lajpat Rai hospital. Attendants of the patients allege that the AC plant in medicine ICU was not functioning since several days. 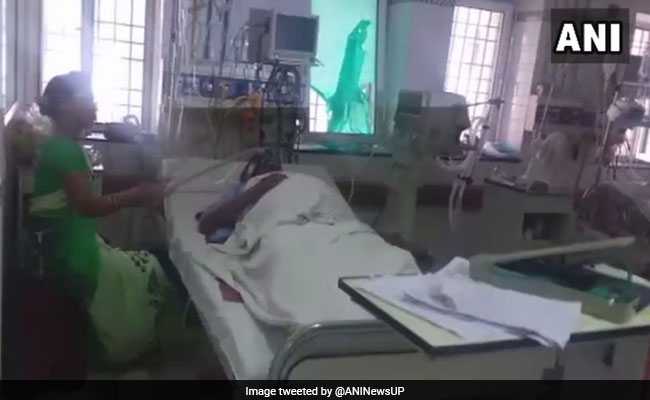 Kanpur: In the last 24 hours, four elderly patients have died in the Intensive Care Unit or ICU of an Uttar Pradesh government hospital allegedly due to suffocating heat caused after the after the air conditioning unit broke down.

Attendants of the patients at Kanpur's Lala Lajpat Rai hospital allege that the air conditioning (AC) plant in medicine ICU was not functioning since several days. The AC units failed first on Wednesday and then again on Thursday night, they alleged.

"The AC was on and off for 24-36 hours inside the ICU. This led to tremendous suffocation," said relative of a patient. An attendant of a patient told PTI that the hospital staff tried to provide relief to patients by opening windows and doors of the ICU, but it could not be of much help due to blazing summer heat.

"Superintending in-charge of the hospital, chief medical superintendent, power department officials and the agency concerned were informed and the problem was rectified. But the
compressor again got burnt yesterday," Mr Agrawal said.

"Although it was hot inside, life-saving machines like ventilators and monitors were not affected and were working properly. Only the AC became defective," he said.

The principal of the Ganesh Shankar Vidyarthi Medical College, under which the hospital functions, however, denied any such charge.

"There were problems in the AC plant yesterday. The problems were fixed, but cropped up again. The ICU has serious patients but none died due to AC failure," principal Navneet Kumar said.

"Two deaths occurred due to cardiac arrest and the other two due to chronic illness," he added.

Kanpur's District Magistrate Surendra Singh has ordered immediate installation of two back-up air conditioners in the ICU and said that a four-member committee constituted to investigate the matter.

The patients who died were identified as Indrapal (75) of Nurwal, Ganga Prasad Yadav (75) of Budhi-Khera Unnao, Rasool Baksh (62) of Sandeela Hardoi and Murari Lal (65) of Azamgarh.

Promoted
Listen to the latest songs, only on JioSaavn.com
More than 60 children, mostly infants, had died at the Baba Raghav Das Medical College within the span of a week in August 2017, triggering a massive outrage.

There were allegations that the deaths occurred due to disruption in oxygen supply over unpaid bills to the vendor, a charge denied by the state government.