The issue of four universities advertising for filling up vacancies of teaching staff without providing for 50 per cent reservation to reserved classed prompted Chairman M Venkaiah Naidu to direct the government to look into it. 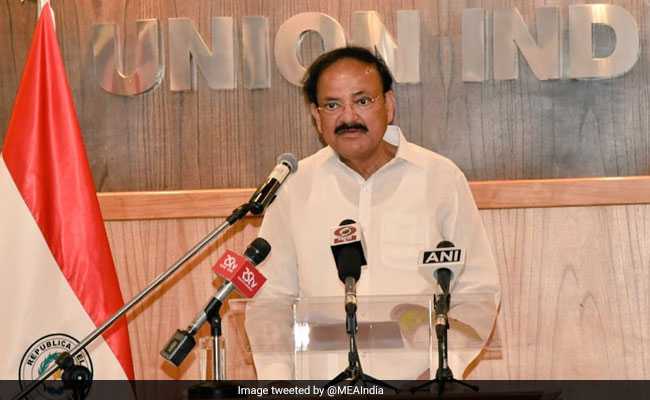 The issue of four universities advertising for filling up vacancies of teaching staff without providing for 50 per cent reservation to reserved classed was raised in the Rajya Sabha Thursday, prompting Chairman M Venkaiah Naidu to direct the government to look into it.

Raising the issue through a Zero Hour mention, Javed Ali Khan (SP) said the government had in March promulgated an ordinance restoring the old system of reserving teaching posts in public institutions of higher education.

Despite this, the Central University of Punjab, Karnataka University, Tamil Nadu University and Indira Gandhi National Tribal University in Amarkantak, Madhya Pradesh have advertised for recruitment of assistant professors, associate professors and professors which is not in conformity with the reservation policy, he said.

The Central University of Punjab had advertised for 156 vacancies but reserved only 50 for SC/ST and OBCs instead of mandated 75.

Karnataka University too has reserved less than the prescribed numbers in its advertisement to fill up 137 vacancies, he said.

On March 7, the government promulgated an ordinance restoring the old system of reserving teaching posts in public institutions of higher education. This ordinance ended a year-long freeze on hiring.

Since 2005, this was applied after taking all vacant teaching posts of a particular rank in an institution as one unit.

But the University Grants Commission (UGC) in March 2018 following an Allahabad High Court order revised it by applying reservation with a department, with far fewer posts than an institution, as the unit.

Through a separate Zero Hour mention, Kahkashan Perween (JDU) wanted the government to correct a spelling anomaly that has caused difficulty for the ''lohar'' community to get reservation.

Leader of the House and Minister for Social Justice Thawarchand Gehlot said he would get the issued examined.

A K Selvaraj (AIADMK) in his Zero Hour mention asked the government to sanction construction of 2 lakh houses in coastal areas of Tamil Nadu that faced the fury of cyclone recently.

Sarojini Hembram (BJD) wanted a similar provision for coastal areas of Odisha that were impacted by cyclone.

P Bhattacharya (Cong) wanted the government to takeover closed and sick tea gardens to safeguard interests of workers. Prashanta Nanda (BJD) wanted special status be given to Odisha because of repeated cyclones it faces.

While V Vijayasai Reddy (YSRCP) demanded railways supply clean blankets and bed rolls to passengers, Binoy Viswam (CPI-M) wanted the government to find whereabouts of 243 Tamils who have gone missing since leaving the coast of Kerala in search of better livelihood in New Zealand.