'Saraswati Would Be Liberated In 2019': AICTE Chairman 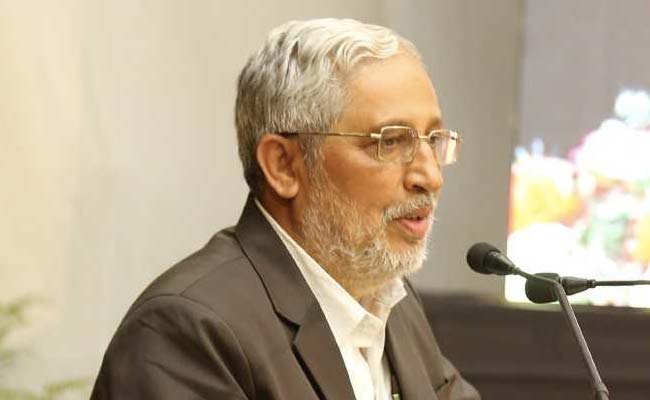 The MHRD has already received 1.5 lakh suggestions on the draft policy.

AICTE Chairman Anil Sahasrabudhe on Friday said that 2019 would be the year when Saraswati, the Hindu goddess of learning, would be liberated.

At a session on draft National Education Policy (NEP), he said that it is very clear that the policy is directing greater autonomy to the institutions.

"There are only four countries in the world that follow the affiliated system of education -- India, Bangladesh, Pakistan and Sri Lanka. The UK. that started the system, has also discontinued the practice that we still follow. This policy has taken into account the need for the institutions to become autonomous," he said at the tenth edition of the Indian Management Conclave (IMC), where he released a white paper on the role of education in India becoming a $5 trillion economy.

Mr Sahasrabudhe added the management institutions can take a cue from Rashtriya Uchchatar Shiksha Abhiyan (RUSA) to form clusters with the technical institutes or the ones offering humanities degrees and award the degrees together. "There might be challenges in deciding the fee or how to bring the different managements of the institutions together. We need to have a robust framework which is embedded with quality, access, equity and accountability," he said.

"So there is a lot of churning and synthesis happening over the policy. It is like samudramanthan -- from which some poison will be emanated and some nectar. And we should rejoice with the nectar and hope there is a Shiva to absorb the poison," he said in a lighter vein.

Amit Agnihotri, convener at IMC and co-author of the white paper, said the conclave focused on the Central Figure - the Faculty and Teaching Excellence - which is perhaps the need of the hour.

"The population of India will reach 1.40 billion in 2025 which will require more colleges, universities, faculty and higher Gross Enrolment ratio. The draft National Education Policy proposes to increase the current Gross Enrolment Ratio of 25.8 per cent to 35 per cent by 2025 along with other key requirements which would contribute substantially to achieve the $5 trillion economy goal."