"When I was pursuing my studies, there was social pressure on my parents to get me married. But their priority was my education. Now, they have proved that a girl from a small village can reach a certain position," she said. 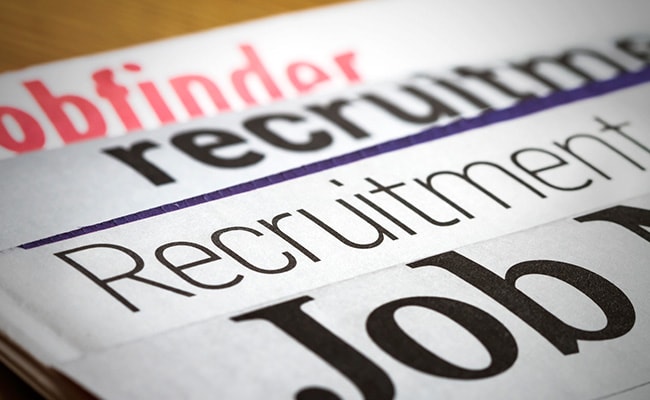 She believes state-specific knowledge helps one to clear the state services examination.

This is a kind of a success story which everyone dreams of, but there are a few like 26-year-old Shivjeet Bharti, who can make dreams come true against all odds.

One of the 48 students to clear the Haryana Civil Services (Executive) examination (HCS), Bharti is one among the many who come from a humble background.

Bharti is the daughter of a newspaper vendor from a nondescript village, Jaisinghpura in Haryana, where the state government is pushing the "Beti Bacho, Beti Padhao" campaign to change the patriarchal mindset of the society.

Today, she has made the news for her newspaper vendor father, whose many an encounter with officialdom and bureaucracy were not pleasant.

Her father, Gurnam Saini, gets up in the dawn daily to distribute newspapers and gets only four holidays days in a year. Her mother, Sharda Saini, is an anganwadi worker.

"Getting quality education with limited resources in the family was the real challenge," an excited Bharti told IANS.

She said studying hard and getting a government job was always her top priority.

"I was preparing for my Union Public Service Commission (UPSC) exams. In between, I got time and applied for the HCS (Executive) and cleared it in the first attempt. Now, I have the confidence and resources to crack the Civil Services Examination," a confident Bharti, who is the eldest among three siblings, said.

Her younger sister is pursuing post-graduation in public administration and her younger brother is a special child.

After doing her post-graduation in Mathematics (Honours) from Punjab University in Chandigarh in 2015, Bharti earns extra by teaching students at her residence.

"Of course, the UPSC is my next aim," she said, adding the coaching for the UPSC exams helped her cracking the HCS.

She believes state-specific knowledge helps one to clear the state services examination.

Setting aside common perception that only high and mighty can clear the exams in Haryana, she said: "My father categorically told me that he will not give any bribe for my government job. The entire recruitment process (for the HCS) was transparent. Even you can see that many of my batchmates are from very humble background.

"It is only the hard work and love for reading that are the key to success, she said.

"I love reading books, newspapers and periodicals and watching videos on YouTube for knowledge," Bharti said.

According to her, overcoming patriarchal mindset of society was a big challenge for her family.

"When I was pursuing my studies, there was social pressure on my parents to get me married. But their priority was my education. Now, they have proved that a girl from a small village can reach a certain position," she said.

"Throughout my career, I will remain humble. There is no question of your position getting into your head," she proudly said.

An elated father, Mr Saini said: "My daughters are my wings. I am at cloud nine."

He recalled that he faced many problems in the government offices during a land dispute which belonged to him.

"Humility comes naturally to us and I expect that my daughter will be a more people-centric," Mr Saini added.

(This story has not been edited by NDTV staff and is auto-generated from a syndicated feed.)
Comments
HaryanaCivil Services ExamUPSC