The BJP swept the Jammu Municipal Corporation polls, winning 43 of the 75 wards. 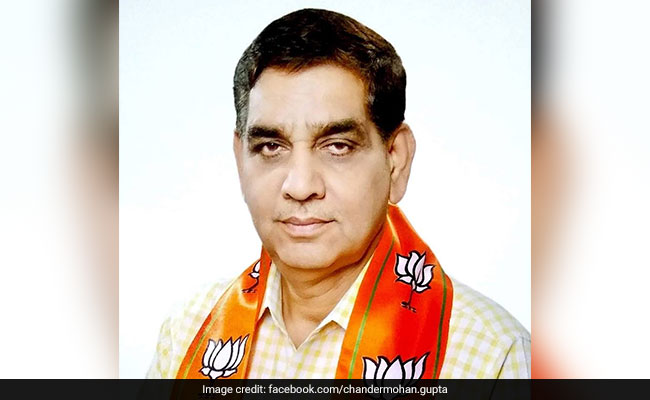 Chander Mohan Gupta pledged to make Jammu as one of the best cities in the country.

Mr Gupta pledged to work to make the winter capital of Jammu and Kashmir as one of the best cities in the country.

Purnima Sharma, also from the BJP, was elected as the deputy mayor of the JMC.

"My first priority will be to make Jammu one of the beautiful cities of the country and a better place for the residents," Mr Gupta said after being elected.

The BJP swept the JMC polls, winning 43 of the 75 wards. The Urban Local Bodies elections were held in the state in four phases from October 8 to 16 after a gap of 13 years.

Mr Gupta, the BJP treasurer, said he will take all the councillors along to ensure that Jammu is developed on modern lines and made a clean and green city.

"I am from RSS background where it is taught to take every one along without any discrimination," he said.

Flagging shortage of staff like sweepers as a major obstacle, the BJP leader said he will take up the issue with concerned quarters to ensure that all the vacant posts are filled up and even if the need arises "we will re-employee retired persons who are fit to work".

Many senior BJP leaders including state president Ravinder Raina felicitated the winners and later took out a victory rally in the city.

Purnima Sharma got 48 votes for the post of deputy mayor, defeating her Congress rival Charanjeet Kour.

Ms Sharma thanked the party and the councillors in reposing faith in her and said she will work with dedication to make the city a better place for living.

"Today, the lotus (symbol of BJP) is blooming in all the three regions of Jammu and Kashmir which in because of the people who have reposed faith in the party given its policies, development work and the achievements made by the Prime Minister Narendra Modi-led government over the past four-and-a-half years,"Mr Raina said.

He said the BJP will continue its good work for the people of the state.

"It is not only the victory of the BJP and tricolor but the people of Jammu as well," he said.