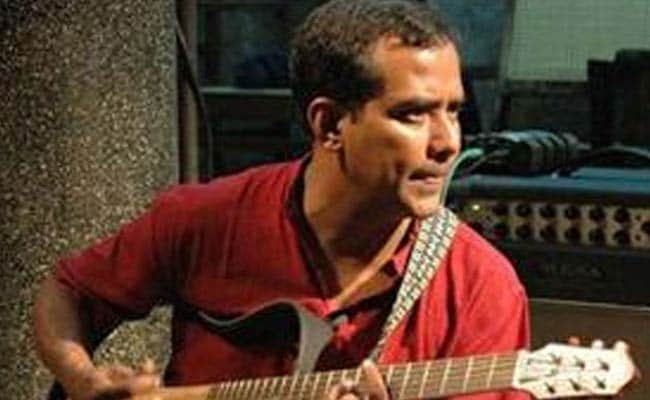 Former Indian Ocean co-founder and guitarist Susmit Sen is expected to perform on the sidelines of the Jaipur Literature Festival.

Jaipur: The Jaipur Literature festival, which has become a major event in the calender of book lovers since its inception, is not just about books and authors, but also hosts attractions for music lovers.

The eighth edition of the festival scheduled from January 21-25 in the pink city, will enable the visitors to dance to the beat of world class musicians in an eclectic line up.

While poet and Bollywood lyricist Javed Akhtar, Indian Ocean fame Susmit Sen and ace jazz artist Joe Alvare, are set to charm the audience with their tales, a 'musical stage' on the sidelines of literary extravaganza would see performances from western musicians and folk artists.

Local Rajasthani musicians Nathoo Solanki, Chugge Khan and the Jaisalmer Boys are lined up to mark the start of five days of festivities at Diggi Palace. They will be joined on stage by local dancers and performers as well as Sonam Kalra and The her Sufi Gospel Project.

Other performances include 'Vocal Raasta', a cappella group of 15 young singers from Delhi whose music is based on the theme of Freedom of Expression and Indira Naik who is classically trained in the Patiala Gayaka and is set to perform from her new spiritual album 'Ekoham'.

Fans of folk would be able to enjoy Malini Awasthi's mellifluous renditions of Dradra, Kajri, Jhoola, Holi and Chaiti, Sohar music along with many other musical styles.

Sufi and ghazal singer Rashmi Agarwal is set to entertain the audience on the last day.

The 'Musical stage' scheduled to run for four days between 21-24 January at Hotel Clarks, Amer would be opened by the band 'The Unprecedented Unorthodox Preacher' which will take to the stage with sitar virtuoso, Sheema Mukherjee, to tell transglobalised versions of stunning 2,000 year old tales.

They are scheduled to be joined by local dancers and musicians, including the show-stopping whirling Queen of the desert of India Queen Harish.

UNESCO International Music Prize for Performers awardeee Alim Qasimov Ensemble has been lined up to bring the spiritual sounds of Azerbaijan to the audience on the opening night of the festival.

The London-based music collective specialize in a fusion of western, oriental and African music styles.

They will be joined by festival-favourites Jaipur's Bharat Brass Band and Fanfara Tirana which consists of members of the military band of the Albanian armed forces, who mix Albanian traditional music, Balkan beats, dub reggae and jazz together for a unique blend of Balkan funk.

On the third evening, Dub Colossus will keep the crowd warm, dancing along to their mix of jazz, funky grooves. The five-piece collective will play hits from their highly acclaimed fourth album Addis to Omega.

The closing of the Musical Stage will be done by Rizwan Muazzan Qawals, supported by The Royal Norwegian Embassy. Favourites of the UK's WOMAD Festival, the band was formed by brothers Rizwan and Muazzam, and today they perform traditional music sung in Arabic, Persian, Urdu and Punjabi.

Promoted
Listen to the latest songs, only on JioSaavn.com
The closing musical night line-up will also have Midival Punditz, Indian electronic outfit whose producing credits include tracks featured on some of the Bollywood soundtracks such as Don, Chak De and Karthik Calling Karthik.

While the sessions scheduled at the festival venue Diggi Palace will be free for visitors, the Musical Stage will have a ticketed entry of Rs 400.