Jaipur: The clothes-press was found in a passenger's bag and its gold-made pressure plate was covered with a steel plate, according to an official statement. 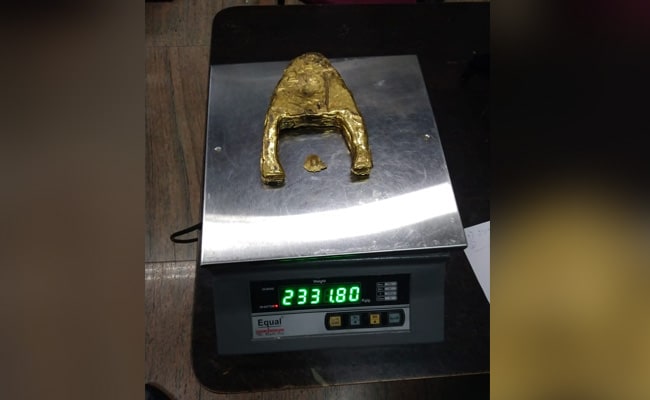 Jaipur: The smuggled gold weighed around 2.3 kg, an official said.

A man was arrested at the Jaipur International Airport with 2.3 kg gold, concealed in a clothes-press, upon his arrival from Muscat on Sunday, a customs official said.

While scanning the checked-in baggage of the passenger, the image of a dark object was noticed.

When the passenger denied possessing such an item, the bag was opened and the clothes-press was found whose gold-made pressure plate was covered with a steel plate, according to an official statement.

The smuggled gold weighed 2,331.800 grams and was valued at over Rs 1.22 crore, the official said, adding the gold has been seized and the accused arrested.

Rajasthan Congress Leaders Resign In Compliance With One Party, One Post Decision