Neomi Rao, 45, will replace controversial Brett Kavanaugh who endured a bitter confirmation battle last year after US President Donald Trump named him to the US Supreme Court. 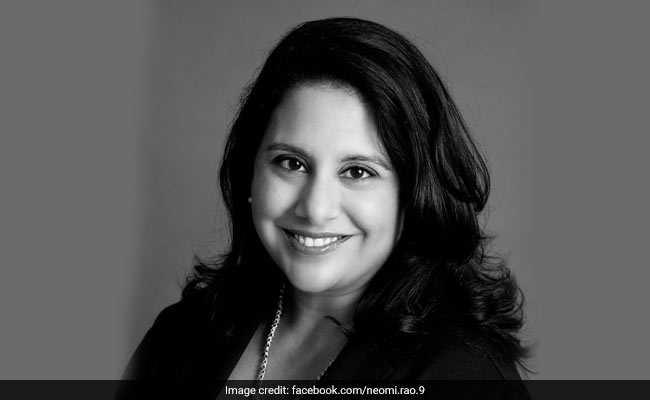 Neomi Rao was confirmed by 53-46 votes in the US Senate, which was basically on party lines.

US Senate on Wednesday confirmed Indian-American Neomi Rao, who was under scrutiny for her past writings on sexual assault, as a judge on the DC Circuit Court of Appeals, one of the most powerful benches in the country.

Ms Rao, 45, will replace controversial Brett Kavanaugh who endured a bitter confirmation battle last year after US President Donald Trump named him to the US Supreme Court.

Her confirmation came amidst stiff resistance from the opposition Democratic lawmakers and a nationwide campaign against her by rights groups for her previous position on sexual assault and minorities.

Ms Rao was confirmed by 53-46 votes in the US Senate, which was basically on party lines.

The Republicans enjoy majority in the 100-member US Senate. After being sworn in, she would be the second Indian-American on this court, which is considered only next to the US Supreme Court.

Meanwhile, opposition Democratic party said Ms Rao did not deserve to be confirmed.

Prior to her service as OIRA Administrator, Ms Rao was a professor of structural constitutional law, administrative law, and legislation and statutory interpretation at the Antonin Scalia Law School at George Mason University.

She founded the Law School's Center for the Study of the Administrative State and focused her scholarship on the political and constitutional accountability of administrative agencies and the role of Congress.

She has served in all three branches of government including Associate Counsel and Special Assistant to President George W Bush. She also served as counsel to the Senate Committee on the Judiciary, where she was responsible for judicial nominations and constitutional law issues.

In between government service, Ms Rao practiced in the London office of Clifford Chance LLP, specializing in international law and commercial arbitration.