Top Priority Given To Indians Arrested Over Visa Scam In US: Government 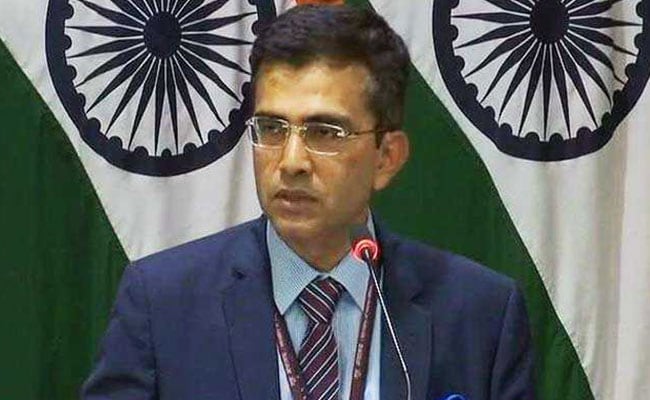 Raveesh Kumar said that their mission is ready to render all assistance to Indian students in US.

The government is according top priority to the case of Indian students in the US facing detention under an alleged immigration fraud and is in touch with the Indian Embassy in Washington and other consulates, the External Affairs Ministry said on Friday.

"The government of India, together with our mission in Washington and our consulates in the US are according the highest priority to the situation arising out of the detention of Indian students in the US," Ministry spokesperson Raveesh Kumar said in response to queries.

"As soon as we received information regarding their detention, our mission contacted the State Department and the Department of Homeland Security requesting for a list of the detained students along with relevant identity details, the place of their detention.

"We have placed a formal request for consular access, emphasising that the request may be taken as very high priority," Mr Kumar said.

Several hundred Indian students face arrest following the detention of eight recruiters and some students over an alleged immigration fraud detected by a fake university sting operation set up by government agencies to crack down on visa scams.

The American Telugu Association (ATA) reported that 100 students were arrested on Wednesday.

The Indian Consulate General in Chicago reported receiving the names of 29 Indians arrested in the case as of Thursday.

The charges against the eight people who allegedly ran the scheme were made public on Wednesday in a federal court in Detroit.

The Department of Homeland Security (DHS) said in the court documents that it set up Farmington University with undercover agents as staff in Farmington Hills, Michigan, to target foreign students who were staying in the US without proper authorisation.

Mr Kumar, in his statement on Friday, said that India has highlighted that a distinction should be made between those involved in recruiting or enrolling students and students who have been duped or defrauded in the process.

"Our mission and posts are ready to render all assistance to Indian students in the US to deal with the emerging situation.

"We have also involved Indian community organisations in reaching out to the students."

US Visa ScamIndians Arrested In US