Parm Sandhu, a Chief Superintendent with the Metropolitan Police, had claimed that she was denied promotions and opportunities at work due to her race and gender. 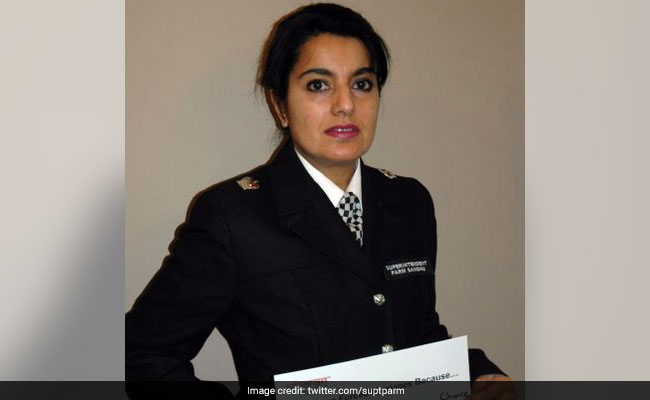 Parm Sandhu has struck a confidential settlement with the UK police.

One of Britain's senior-most Indian-origin woman police officers, who took legal action against Scotland Yard over allegations of racial and gender discrimination, has struck a confidential settlement with the UK's largest police force.

Parm Sandhu, a Chief Superintendent with the Metropolitan Police, had claimed that she was denied promotions and opportunities at work due to her race and gender.

The 55-year-old said she had agreed to a confidential settlement after she left the Metropolitan Police last year, having been cleared of gross misconduct.

"I have settled my claims with the MPS (Metropolitan Police Service). The terms of the settlement are confidential. I have no further comment to make," she told the Daily Mirror.

She is likely to have received a six-figure sum in pounds and signed a non-disclosure agreement, which means the details of the case cannot be aired in public.

"Worked with some fabulous people. Had some good times and painful experiences but I know I made a difference," Ms Sandhu said soon after she quit the Met Police in October last year.

The former officer took the legal step at the end of an internal Met Police investigation, which cleared her of gross misconduct allegations in June last year.

The inquiry, launched in June 2018, focussed on whether Ms Sandhu encouraged her colleagues to support her nomination for a Queen's Police Medal (QPM), which is awarded twice a year by Queen Elizabeth II as part of her honours' lists.

The medals are given to serving police officers in the UK in recognition of distinguished service or outstanding courage in the line of duty.

The internal Met Police investigation concluded that Ms Sandhu had "no case to answer" and would face no further action, with restrictions on her duties at work being lifted.

Ms Sandhu, who joined the police service in 1989, rose through the ranks to become Borough Commander in Richmond-upon-Thames.

She was one of the most senior ethnic minority woman officers in the Met Police and in 2006 received an Asian Women of Achievement Award for her achievements in the police force.