It is the first time in the 94-year history of the competition that more than two co-champions have been named.

A record seven Indian-origin students and one American have won the prestigious 2019 Scripps National Spelling Bee, taking home more than $50,000 in cash and prizes, after defeating over 550 other contestants in an unprecedented competition.

It is the first time in the 94-year history of the contest that more than two co-champions have been named.

The six boys and two girls combined to spell the final 47 words correctly over five consecutive perfect rounds in the most extraordinary ending of the competition. 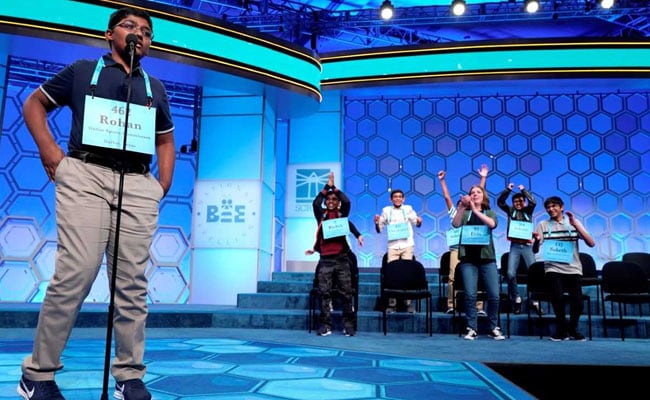 It kicked off Tuesday with its biggest field ever. The 565 contestants ranged in age from 7 to 14 and came from across the US and several other countries, including Canada, Ghana and Jamaica.

"We do have plenty of words remaining on our list, but we''ll soon run out of words that can possibly challenge you, the most phenomenal assemblage of super spellers in the history of this competition," Bailly said.

The final words spelled correctly by the co-champions include auslaut by Gandhasri, erysipelas by Howard, bougainvillea by Sundar, aiguillette by Padhy, pendeloque by Sukhatankar, palama by Kodali, cernuous by Serrao and odylic by Raja, ESPN reported.

The majority of the spellers had personal coaches, and 13 of the 16 used word lists and study materials compiled by ex-spellers Shobha Dasari and her younger brother, Shourav, it said.

The National Bee is a high-profile, high-pressure endurance test as much as a nerd spelling match and spellers spend months preparing for it.