Russia-Ukraine Crisis: About queries by Indian students about online classes by medical universities in Ukraine, the embassy said it is engaged with respective authorities on the matter. 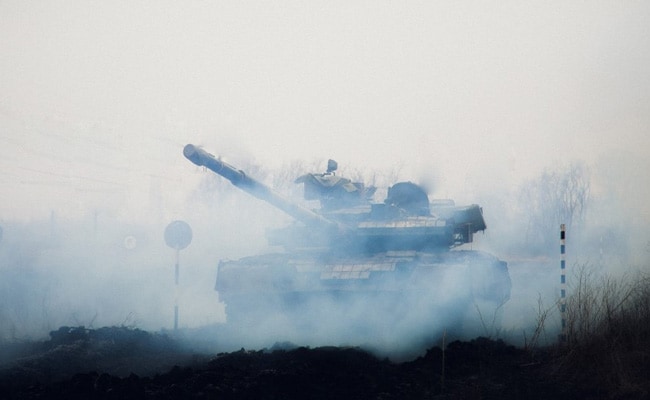 The Indian embassy in Ukraine on Tuesday once again asked Indian students to leave that country temporarily, amid escalating tensions following Russia recognising the independence of two separatist regions in eastern Ukraine.

About queries by Indian students about online classes by medical universities in Ukraine, the embassy said it is engaged with respective authorities on the matter.

"The embassy of India is receiving a large number of calls asking about the confirmation of online classes by Medical Universities. In this regard, as informed earlier, the embassy is engaged with respective authorities for streamlining of the education process for Indian students," it said.

"Students are advised, in the interest of their safety, to leave Ukraine temporarily, rather than wait for an official confirmation from universities," the mission added in a fresh advisory.

On Sunday, the embassy asked the family members of its staff in Ukraine to return home and advised Indians, whose stay is not essential, to leave that country temporarily in view of "high levels" of tensions and uncertainties.

The move came amid apprehensions by Western leaders that Russia was set to invade Ukraine soon as it deployed over 130,000 soldiers, heavy weapons and fighter jets along the Ukrainian border.

At a UN Security Council meeting following the Russian decision, India voiced concern over the escalating tension along the Russia-Ukraine border and called for de-escalation of the situation and resolution of the crisis through diplomatic dialogue.