India-Born Woman Student To Get 'Young Scholar' Award In US

Rajalakshmi Nandakumar, studying at the University of Washington, has created a technology that turns an ordinary smartphone into an active sonar system capable of detecting physiological activities 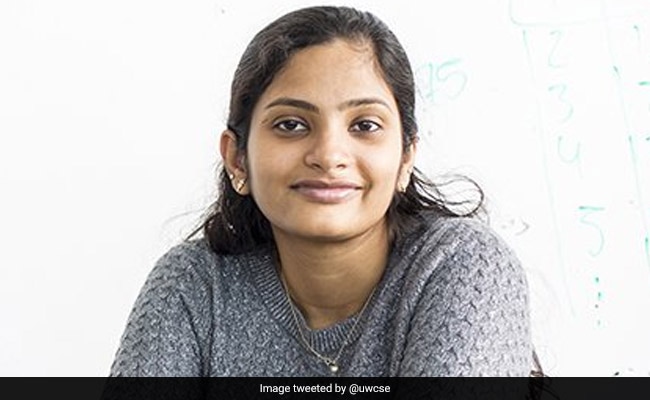 Rajalakshmi Nandakumar, an India-born woman scholar in the US, has been chosen for a prestigious award for her work to help detect potentially life-threatening health issues using smartphones.

Ms Nandakumar, studying at the University of Washington, has created a technology that turns an ordinary smartphone into an active sonar system capable of detecting physiological activities, such as movement and respiration, without requiring physical contact with the device.

She has been selected for the 2018 Marconi Society Paul Baran Young Scholar award.

She took inspiration from bats, which use sonar technique to navigate in the dark by sending out acoustic signals and using the reflections to identify objects.

Her system works by transmitting inaudible sound signals from the phone's speaker and tracking their reflections off the human body. The reflections are then analysed using a combination of algorithms and signal processing techniques, a media release said.

Ms Nandakumar received her bachelor's degree in Computer Science and Engineering from Chennai.

She worked for Microsoft Research India before beginning her graduate work at the University of Washington in 2013. Her Madurai-based parents founded a company for distribution of diagnostic medicines to hospital laboratories in Tamil Nadu.

Young scholars are selected by an international panel comprising engineers from leading universities and companies and receive a USD 5,000 prize plus expenses to attend the annual awards event.

Three other young scholars were also selected this year. Being named 'Young Scholar' brings valuable mentorship and guidance by Marconi Prize winners who include some of the world's leading scientists and researchers.

"I always wanted to find a way to detect physiological signals, like breathing and heart rate, because they are the most commonly used signals for healthcare applications," said Ms Nandakumar.

"Rajalakshmi has a knack for selecting problems with high social impact," says Dr Shyam Gollakota, an associate professor at the Allen School.