Biyyothil Mohyuddin Kutty, popularly known as BM Kutty, migrated to Pakistan from Kerala 70 years ago in 1949. 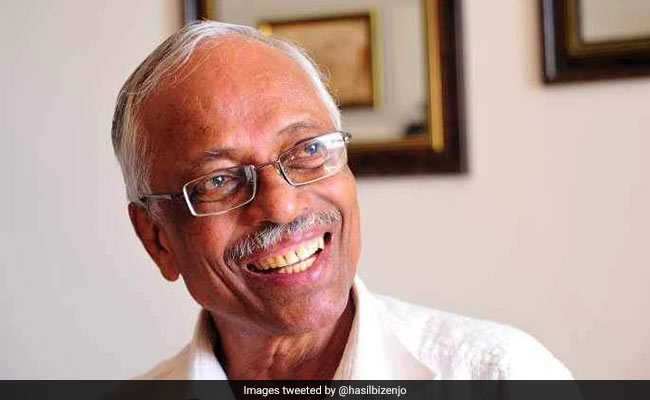 Born in 1930 in Tirur in Kerala's Malappuram district, BM Kutty migrated to Pakistan at the age of 19.

Prominent Indian-origin Pakistani politician and human rights activist B M Kutty died on Sunday in Karachi after a protracted illness. He was 89.

Biyyothil Mohyuddin Kutty, popularly known as BM Kutty, migrated to Pakistan from Kerala 70 years ago in 1949.

"He was ill for a while. He spent his life fighting for civil and human rights," Marvi Sarmad, a human rights activist and journalist, said.

His wife Birjis Siddiqui died in 2010. The couple has four children.

Mr Kutty came to limelight after he launched his autobiography "Sixty years in self-exile: No Regrets; A Political Autobiography" in 2011.

In the autobiography, he narrated the story about his journey from Kerala to Karachi, explaining why he had opted to stay in Pakistan.

Mr Kutty was the general secretary of Pakistan Peace Coalition, a group that has been working to promote peace process between India and Pakistan.

Intellectuals, journalists and politicians expressed their condolences on Mr Kutty's death and paid him rich tribute for his services for Pakistan and the community.

"Sad to learn about the death of veteran left activist BM Kutty. Originally, from Kerala, Kutty came to Pakistan as a young man and became a key figure in the politics of his new homeland, championing progressive causes...," Talat Aslam, a Pakistani journalist and editor of the News International daily, tweeted.

Born in 1930 in Tirur town in Kerala's Malappuram district, Mr Kutty migrated to Pakistan at the age of 19. The eldest of five siblings, he belonged to a Malayali Muslim family of peasants and landowners and was raised in middle-class circumstances.

During his student days, Mr Kutty developed socialist and leftist political views and joined the Kerala Students Federation affiliated with the Communist Party.

In 1946, he also joined the Muslim Students Federation under the All-India Muslim League. He attended Mohammedan College in Chennai, where he studied science for four years.