Nithin Chandran had stayed back in Dubai after sending his wife home on the first day of repatriation from Dubai on May 7 under the Vande Bharat Mission. 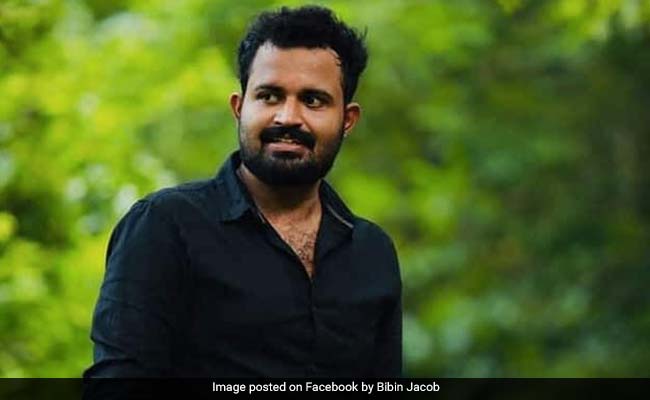 Nithin Chandran, who is from Kerala, was under treatment for high blood pressure and a heart condition.

A 28-year-old Indian engineer in Dubai, who supported his pregnant wife to file a petition in the Supreme Court of India for early repatriation from the UAE during the COVID-19 lockdown, has died in his sleep, a month after he sent her home from Dubai, according to a media report on Monday.

Nithin Chandran, who is from Kerala, was under treatment for high blood pressure and a heart condition and is suspected to have died of a heart attack while asleep, his friends told Gulf News.

Mr Chandran and his 27-year-old wife Athira Geetha Sreedharan, who is also a Keralite, were in news after pregnant Sreedharan filed a petition in the Supreme Court of India seeking help to return home for her delivery due in the first week of July, amidst the international travel lockdown imposed by India over the coronavirus pandemic.

Nithin Chandran had stayed back in Dubai after sending his wife home on the first day of repatriation from Dubai on May 7 under the Vande Bharat Mission.

"We got to know about this from one of his friends, Praveen, who had moved in to Nithin''s apartment just a couple of days as he was alone after Athira went home," Bibin Jacob, a friend of Nithin Chandran, said.

Though the case she filed had no desired impact, Ms Sreedharan, an electronics and communication engineer with an IT equipment company, had managed to get a ticket on the first repatriation flight from Dubai to Kozhikode after the Consul General of India in Dubai Vipul gave high priority to her as she would not have been able to travel later due to the advanced stage of pregnancy, the report said.

"I am shocked to hear about the demise of Nithin whose wife is pregnant and was among the first one to be repatriated on Vande Bharat Mission," Vipul was quoted as saying by the Dubai-based newspaper.

"Nithin worked a lot for the community, especially arranging blood donation camps and volunteering during COVID situation. I give my sincere condolences to the family and hope that they are able to withstand this big and untimely loss," the official said.

The couple had been active in social service as members of the Blood Donors Kerala-UAE chapter and the youth wing of expat organisation Incas. "His work had been hectic these days. He even discussed with me about resigning and going back home. But whenever he managed to get some time, he came for food kit distribution. He was one of our main coordinators for blood donation here," said Jacob.

Another friend said Mr Chandran had been a pillar of a volunteering group called Emergency Team International in Kerala and continued to support its mobile blood donation drive during the pandemic.
"He had arranged some people to donate blood in his homwtown even today. He had helped save many lives in Kerala and here. It is very tragic that he died without getting help," the report said.

The body was shifted to Rashid Hospital from his apartment in International City for collecting the sample for COVID-19 test before shifting to the police mortuary, it said.

The coronavirus has infected over 70,00,000 people and killed more than 4,00,000 across the world. The US is the worst affected country with over 1.9 million cases and more than 1,10,000 deaths, according to Johns Hopkins University data.