Sri Srinivasan succeeded Judge Merrick Garland, who has been a member of the DC Circuit since 1997 and Chief Judge since 2013. He will remain on the bench, a press release said. 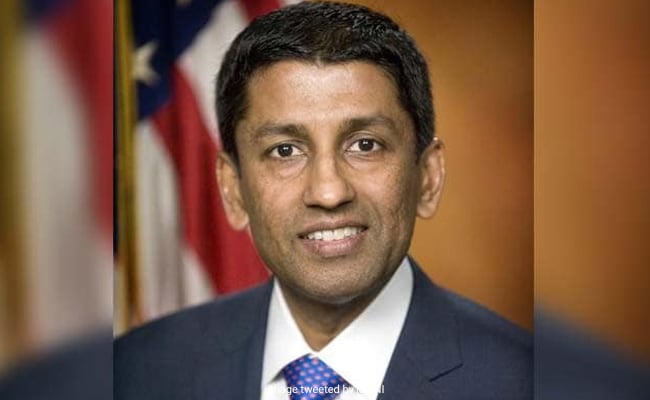 Sri Srinivasan, 52, became the Chief Judge of the United States Court of Appeals for the DC Circuit.

Sri Srinivasan, a prominent Indian-American judge, has created history by becoming the first person of South Asian descent to lead a powerful federal circuit court considered next only to the US Supreme Court.

Sri Srinivasan, 52, became the Chief Judge of the United States Court of Appeals for the DC Circuit.

An Obama appointee who has already been considered for a Supreme Court seat twice donned the mantle of the chief judge of the DC federal court circuit on February 12.

Sri Srinivasan succeeded Judge Merrick Garland, who has been a member of the DC Circuit since 1997 and Chief Judge since 2013. He will remain on the bench, a press release said.

Notably, Garland's nomination to the Supreme Court by the then-president Barack Obama was blocked by Senate Republicans in 2016.

Sri  Srinivasan was appointed to the US Court of Appeals for the District of Columbia Circuit in May 2013.

He was the first-ever Indian-American to be appointed to the second most powerful court of the US.

"History being made on the DC Court of Appeals. Congratulations, Judge Srinivasan!" Senator Mark Warner said.

"Congratulations to Judge Sri Srinivasan on becoming the Chief Judge of the US Court of Appeals for the DC Circuit! A milestone for the Indian-American/Kansan community (and yet another piece of evidence my family can use that I'm underachieving)," US Federal Communications Commission Chair Ajit Pai said.

According to The Washington Post, Sri Srinivasan spoke recently about his path to the bench at an event celebrating women in the law, a field where men still dominate leadership positions.

"Everybody doubts their belonging and worthiness in some measure. I definitely did - and still do. This is just going to be a part of the thing when you're looking out in the world in which everyone isn't like you. It's natural to doubt whether you belong and whether you're worthy," he said, "but you do belong and you are worthy."

Born in Chandigarh, and raised in Lawrence, Kansas, he received a B.A. from Stanford University, a J.D. from Stanford Law School, and an M.B.A. from the Stanford Graduate School of Business.

From 2011 until his appointment to the US Court of Appeals, Judge Sri Srinivasan served as the Principal Deputy Solicitor General of the United States.

He has argued 25 cases before the US Supreme Court. He has also taught appellate advocacy at Harvard Law School as well as a seminar on civil rights statutes and the Supreme Court at Georgetown University Law Center.