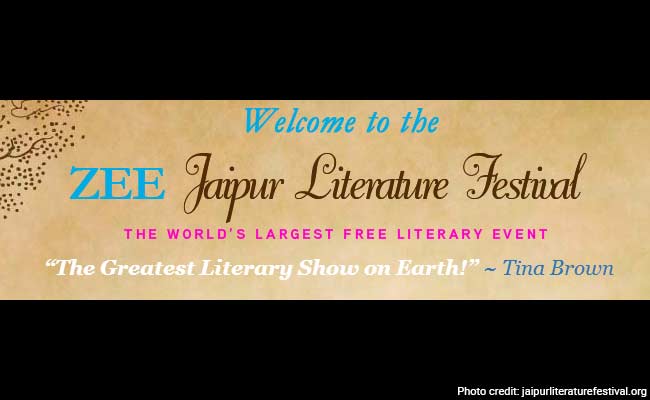 New Delhi: Nearly a decade after its inception, Jaipur Literature Festival is heading to Boulder in the US this September for three days of books, ideas, performance art, dialogue and debate on contemporary issues.

Over 100 authors, thinkers, poets and performers have been lined up to participate in the Zee Jaipur Literature Festival at Boulder in Colorado beginning on September 18, organisers said today.

"We at JLF are looking forward to a stimulating and inspirational edition in beautiful Boulder, Colorado," Namita Gokhale, author and co-director of the Jaipur Literature Festival said.

"Boulder is a long way from Jaipur, and we are proud to erect our literary 'Big Top' in town and to bring the energy, sparkle and brilliance of Indian writing to a very different world," William Dalrymple, author and co-director, JLF said.

"The program for JLF@Boulder will consist of interviews and panel discussions, along with audience Q&A, addressing timely themes of local and international importance each led by two to four authors," organisers said.

The festival will bring together Indian-American, Asian and Latin American authors to explore a variety of literary topics and themes of local and international interest.