Savita Halappanavar had sought a pregnancy termination when told she was miscarrying, but the request was refused an emergency termination due to Ireland's then strict anti-abortion laws. 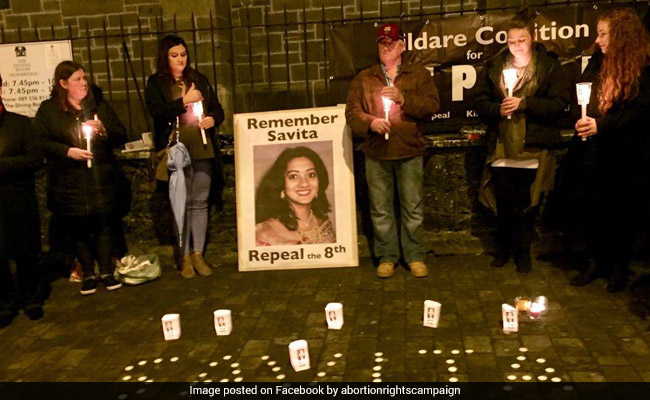 Ireland: Savita Halappanavar, a 31-year-old Indian-origin dentist, who died in 2012 after her requests to terminate a 17-week pregnancy were denied, has become a face of an abortion campaign in Ireland, which will hold a referendum on May 25 on liberalising its abortion law.

Ms Halappanavar had sought a pregnancy termination when told she was miscarrying, but the request was refused an emergency termination due to Ireland's then strict anti-abortion laws. She died of blood poisoning days after miscarrying in October 2012.

Ireland will decide by referendum on May 25 whether to repeal its constitution's eighth amendment, one of the most severe abortion bans in the developed world. Approved by 67 percent of Irish voters in 1983, the eighth amendment grants a mother and unborn child an equal right to life. Seeking or providing an abortion in Ireland is punishable by up to 14 years in prison. Now, polling suggests that a majority may vote to repeal. That would clear the way for lawmakers to debate proposed legislation allowing abortions within the first 12 weeks of pregnancy, and beyond that in cases of fetal abnormalities or serious risks to the mother's health. 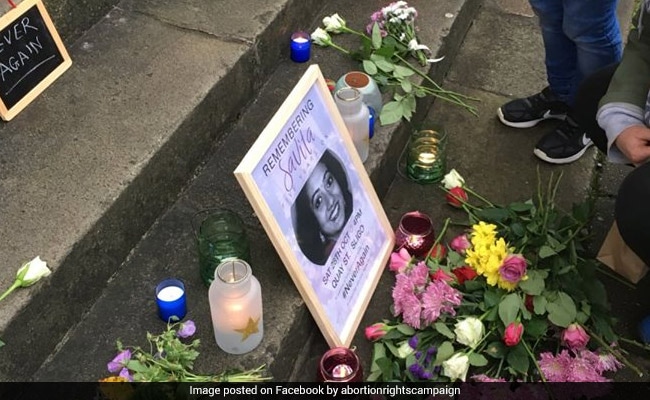 The issue remains divisive. Several thousand people attended a series of anti-repeal rally in Dublin on Saturday. "Genuine health care is about saving lives, not ending them," activist Cora Sherlock told the crowd.

Irish voters who favour liberalising abortion laws maintain a strong lead with eight days to go until a referendum, but the gap over those who oppose the change is narrowing, an opinion poll showed on Thursday.

It is the first opportunity in 35 years to overhaul one of the world's strictest regimes, which has long divided the once deeply Catholic nation. 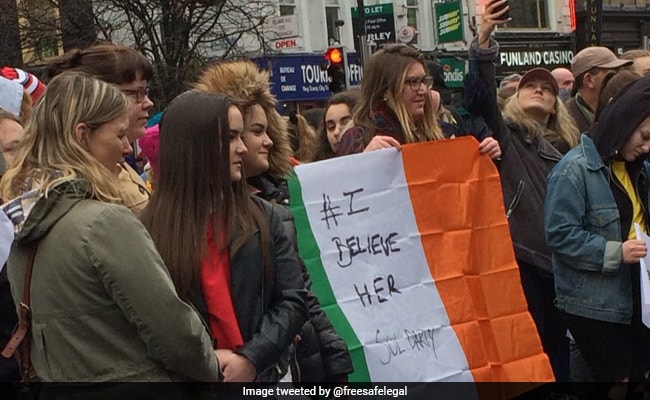 People at the #IBelieveHer campaign ahead of Ireland's vote.

The Irish Times/MRBI poll found that 44 percent would vote to repeal an amendment to the constitution that enshrines the equal right to life of the mother and her unborn child, with 32 percent opposed.

A further 17 percent are undecided, with 5 percent not intending to vote and 2 percent refusing to answer. Of the undecided voters, 31 percent said they were "leaning towards" repealing, with 24 percent leaning toward keeping the amendment.

Promoted
Listen to the latest songs, only on JioSaavn.com
When the same poll asked three weeks ago whether voters would support a change allowing the government to legislate for abortion on request up to 12 weeks - the regime it hopes to introduce after the vote - 47 percent were in favour and 28 percent against.

Support for change was strongest among younger voters, women and those living in urban voters.
Comments
Savita Halappanavaranti-abortion lawsIreland