The Labour Party leader, who was the Prime Minister of Britain from 2007 to 2010, credited Dr Hector Chawla with rescuing him from complete blindness in his book 'My Life, Our Time'. 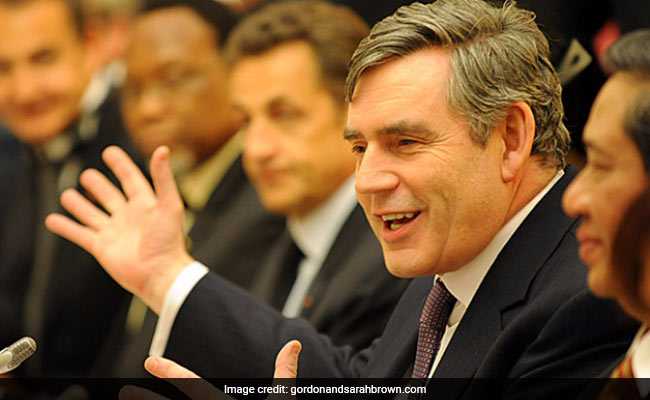 Gordon Brown said he was "lucky beyond words" that his retina has held to this day.

London: An Indian-origin doctor gets a special mention as an "old friend" in an autobiography written by former UK Prime Minister Gordon Brown.

The Labour Party leader, who was the Prime Minister of Britan from 2007 to 2010, credited Dr Hector Chawla with rescuing him from complete blindness in his book 'My Life, Our Time'.

Brown, 66, who was left blind in one eye after an accident during a rugby match as a teenager, was operated upon by Dr Chawla at the Royal Infirmary in Edinburgh in 1971 to rescue him from retinal detachment in his remaining good eye and save him from complete blindness.

"To my surprise, Dr Jackson - highly esteemed in his own right - said that this time he was not the best person to do the operation; the best hope was his young protege, Hector Chawla. But Dr Chawla was about to go on holiday. He delayed his departure and saved my eye," writes Brown in extracts published from his new book.

"Had I waited even a day in rushing to the Royal Infirmary, he would have been gone and I doubt that I would have any sight today. Hector had recently returned from a year in America and I was blessed to be the beneficiary of his newly acquired techniques. A lifelong friendship followed," Brown recalls.

Dr Chawla, born in Sialkot in pre-Partition India to a Scottish mother and an Indian father who was a doctor in the British Indian Army, is praised by Brown as a "polymath" and a world expert on the retina.

"Partly due to his breakthroughs, the success rate in reattaching retinas rose in forty years from 20 per cent to 90 per cent," he notes.

Brown goes on to credit Dr Chawla with saving his vision a second time by stepping in years later as a retired surgeon after he had suffered a sudden deterioration in his good eye while at Number 10 Downing Street.

"When I woke up in Downing Street one Monday in September (2009), I knew something was very wrong. My vision was foggy," he writes.

"That morning, I was to visit the City Academy in Hackney to speak about our education reform agenda. I kept the engagement, doing all I could to disguise the fact that I could see very little - discarding the prepared notes and speaking extemporaneously," he adds.

It was found that his retina in his good eye was torn in two places and that an operation was urgently needed. Brown was prepared for the surgery but asked the doctor if he could consult with his "old friend" Hector Chawla as well.

"I emailed Hector who was in France on holiday but he offered to come to the hospital that Sunday morning on his way back home... His advice was blunt. There was no point in operating unless the sight deteriorated further. Laser surgery in my case was more of a risk than it was worth," Brown writes.

Brown was told that if his sight worsened, doctors would have to eventually operate within the eye rather than laser surgery, which was extremely risky.

Promoted
Listen to the latest songs, only on JioSaavn.com
The former politician, who is now involved with humanitarian work, said he was "lucky beyond words" that his retina has held to this day.

Gordon Brown was Prime Minister of the UK between 2007 and 2010, when he lost the general election and the David Cameron-led Conservative party went on to set up a coalition government with the Liberal Democrats.