Raj Chouhan, who has represented Burnaby-Edmonds constituency five times in the British Columbia legislature, has served as Deputy Speaker in the previous government and would be replacing retiring Darryl Plecas as Speaker. 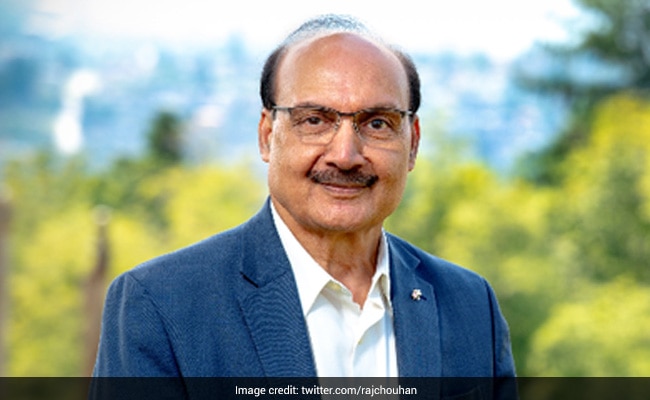 Raj Chouhan, an Indian-origin legislator in Canada, has been elected as the Speaker of the British Columbia Legislative Assembly, becoming first from the community to occupy the post, according to a report.

Mr Chouhan, who has represented Burnaby-Edmonds constituency five times in the British Columbia legislature, has served as Deputy Speaker in the previous government and would be replacing retiring Darryl Plecas as Speaker, Canadian Broadcasting Corporation (CBC) News reported on Monday.

Punjab-born Mr Chouhan immigrated to Canada in 1973 and started working on a farm.

He was greatly impacted by the plight of other immigrant workers and the wide disparity between the rich and poor in a prosperous country. This contributed to his ongoing advocacy for community and social justice for workers, the report said, citing Mr Chouhan's biography.

"I am truly grateful to have been entrusted with this role by all members of the legislative assembly," Mr Chouhan was quoted as saying in the report.

"As a proud member of the Indo-Canadian community, I am tremendously proud of this historic occasion and honoured to continue my public service in this new role," he added.

Mr Chouhan's selection was the first order of business Monday as British Columbia politicians returned to the legislature for a brief session after the October election that gave the New Democratic Party (NDP) a majority government.

"We are in awe of Raj's accomplishment and what it says about ethnic communities in general, and the degree with which we are beginning to take our place in society," Moe Sihota said.