"The call for social justice and emancipatory change needs to be heard in all quarters, inside and outside Parliament," said Sikka said. 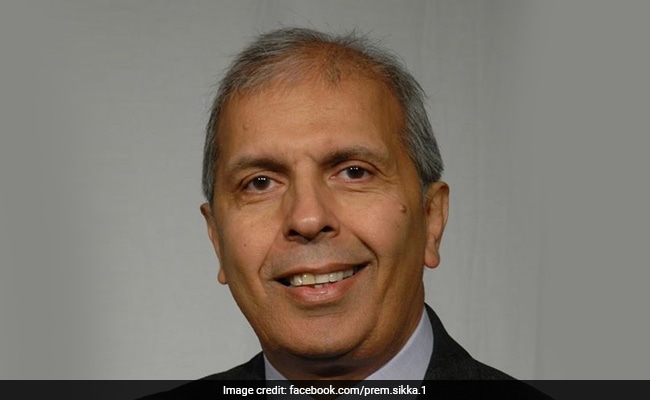 Prem Sikka is among 36 new peers in the UK's House of Lords.

Indian-origin academic Prem Sikka, an Emeritus Professor of Accounting at the University of Sheffield in northern England, is among 36 new peers in the UK's House of Lords.

Former England cricket team captain Sir Ian Botham and UK Prime Minister Boris Johnson's younger brother and former MP, Jo Johnson, are also among those who will now go on to become Lords after the list of peerages, recommended by the government, were confirmed by Queen Elizabeth II on Friday.

"The call for social justice and emancipatory change needs to be heard in all quarters, inside and outside Parliament," said Mr Sikka, who was nominated in the Political Peerages category by former Labour Party Leader Jeremy Corbyn.

Mr Botham, considered one of England's cricketing greats in a career spanning 102 Test matches with 5,200 runs and 383 wickets, is known for his vocal support for Brexit.

The cricket commentator and Chairman of Durham County Cricket Club was knighted by the Queen in 2007 and will now sit in the House of Lords as an independent crossbench peer.

In contrast, the UK PM's brother Joseph Johnson was a staunch ''Remainer'' against the UK's exit from the European Union (EU). He went on to quit his brother's Cabinet last year after citing an "unresolvable tension" between loyalty to his brother and national interest.

He was nominated to the Lords by Boris Johnson under the category of Dissolution Peerages.

"By appointing a host of ex-MPs, party loyalists and his own brother, the Prime Minister is inviting total derision. That he can get away with it shows what a private members'' club this House is," said Darren Hughes, of the UK''s Electoral Reform Society.

Transparency International UK said House of Lords appointments "should only be on merit and never in return for anything, be that loyalty, vocal support or party funds raised".

The list of peerages also includes Russian-origin Evgeny Lebedev, the son of a former KGB agent, who owns the "Evening Standard" and "The Independent" newspapers in the UK.

Former Prime Minister Theresa May, now a backbench Tory MP, can be referred to as Lady May after her husband, Philip May, was conferred a knighthood for services to politics.