Indian-Origin Lawyer First To Be Admitted To Singapore Bar Posthumously

Vikram Kumar Tiwary died nine days before his application for admission to the Singapore Bar was to be heard on June 9 this year, Channel News Asia reported. 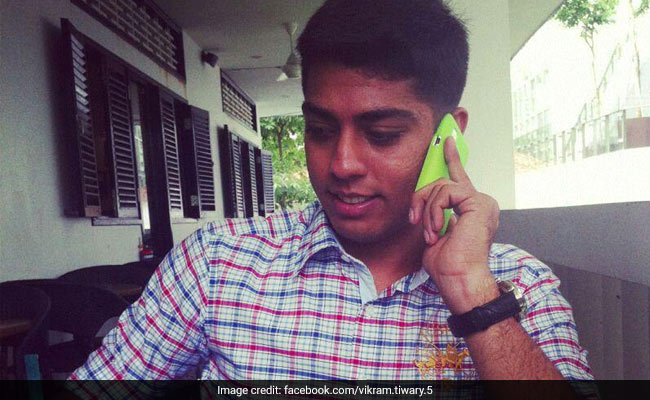 In a first in Singapore, a 28-year-old Indian-origin lawyer has been admitted posthumously to the Singapore Bar after he died nine days before his application for admission was to be heard, according to a media report Monday.

Vikram Kumar Tiwary died nine days before his application for admission to the Singapore Bar was to be heard on June 9 this year, Channel News Asia reported.

Tiwary was granted admission to the Singapore Bar in a judgment by Justice Choo Han Teck on Monday, it said.

Tiwary graduated from the University of Sheffield with a degree in Bachelor of Laws in 2018 and later passed the Part A and Part B Bar examinations. He had filed an application for admission to the Bar on March 16, 2021.

He was set for a hearing on June 9, 2021. However, he died of cardio-respiratory failure nine days before the hearing.

Tiwary's uncle, noted criminal lawyer Ramesh Tiwary, pushed for him to be admitted to the Bar posthumously, the report said.

As there were no precedents for such an application, Justice Choo adjourned proceedings for Ramesh Tiwary to prepare arguments and confirm there are no legal impediments for the application to be granted.

Justice Choo found in his judgment on Monday that the important questions had been "answered favourably", and exercised the discretion of the court to grant the application.

"The court can invoke its inherent jurisdiction to exercise certain powers to prevent injustice or abuse of the process of court," said Justice Choo, citing the scenario where a plea of guilt is rejected.

"It is also invoked in cases such as this to ensure that justice is done. It is a jurisdiction borne sometimes of necessity, and sometimes in pursuit of noble causes," he said.

He added that there have been instances where people were admitted posthumously to the Bar, although not in Singapore.

For example, Iris Barry Yake was admitted to Canada's Edmonton Bar 40 years after her death, he said.

On top of a slew of prominent lawyers who supported the application, the Attorney-General, the Law Society of Singapore and the Singapore Institute of Legal Education unanimously said they had no objections.

Ramesh Tiwary told the Channel that his nephew worked "very hard" to attain all the necessary qualifications and seemed to have found his calling in the law.

"While it is tragic that he didn't witness this day, we are grateful to all the stakeholders and to the Supreme Court in granting him this wish," he said.