The 28-year-old was found guilty of carrying the woman over his shoulder after she was denied entry into a nightclub in central London for being drunk and raping her in an alleyway. 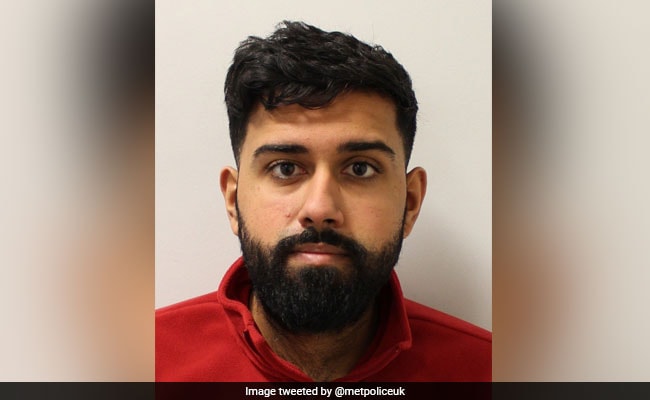 Sanjay Naker had been outside the bar when he saw the victim and began talking to her.

An Indian-origin finance consultant was sentenced to eight years in prison for raping an 18-year-old woman after a night out drinking with his colleagues.

Sanjay Naker, a 28-year-old married man from north London, had denied three charges of rape, one count of attempted rape, one charge of assault by penetration, and a count of sexual assault at Inner London Crown Court.

The jury found him guilty of all charges but cleared him of the charge of assault by penetration at the end of the trial yesterday.

Sentencing him, Judge Freya Newberry said: "If you formed a view that the woman wanted to have sex with you, you were very much mistaken.

"It was quite clear that you decided that you wanted to have sex with her and she had no recollection of what happened but you saw an opportunity. It was a mixture of your own desire and arrogance regardless of any intoxication on your part."

The 28-year-old was found guilty of carrying the woman over his shoulder after she was denied entry into a nightclub in central London for being drunk and raping her in an alleyway.

The court heard that on March 11 last year, the 18-year-old victim had been out for the night at a bar in London Bridge area before being asked to leave as she had too much to drink.

Naker had been outside the bar, he saw the victim and began talking to her. The CCTV footage showed them chatting, Naker appearing to show her concern, picking her up when she fell and offering her his jacket. At one point he gave her a piggyback.

He then tried to kiss her and she pushed him off. He kept trying to pull her in the opposite direction to where she was walking and eventually succeeded, dragging her to a secluded corner. There he raped her and sexually assaulted her multiple times, the jury was told.

Security staff working nearby went to investigate, having seen suspicious activity on the CCTV. Naker told them he had met the woman in a club nearby and he gave them his details and then left.

During the trial, it emerged that the staff found the woman unconscious on the ground with her underwear pulled down and called an ambulance. She was taken to hospital to recover and later taken to a crisis centre, where it was determined she had been raped.

Naker arrested the following day. During his police interview, he claimed the victim had asked him for sex but was charged with rape in November last year.

The accused told police the sex was consensual and said the woman had not appeared drunk. He admitted later searching online for a definition of the word "rape" but said it reassured him he had done nothing wrong.

Investigating officer, Detective Constable Aidan Kersley from Scotland Yard's Child Abuse and Sexual Offences Command, said: "Naker deliberately targeted his victim as someone intoxicated and vulnerable. After talking to her for a matter of minutes, he managed to drag her to a secluded area where he raped her.

"She has no memory of what happened. Naker then brazenly gave security guards his name, confident that the victim's intoxication would protect him."

However, the Metropolitan Police said its investigation was able to prove the woman had been raped and build a strong case against him because "the simple fact was, she was too drunk to give her consent".

"This case shows that no matter what the circumstances, we will work tirelessly to bring rapists and sexual offenders to justice. Anyone who sadly finds themselves in similar circumstances should take courage from this case and the conviction we have seen today. Our officers are experienced, highly trained and treat victims with the sensitivity and compassion they deserve," Kersley added.