The ticket was not fully scratched off and it sat in a pile in the store for 10 days until the son of the Indian-origin store owners, noticed the unfinished USD 30 ticket in the trash. 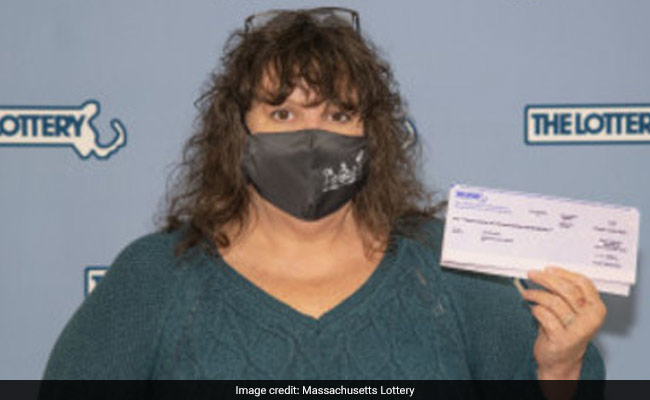 Lea Rose Fiega, the winner bought the ticket in March at a store owned by the Indian-origin family.

A woman in the US state of Massachusetts threw away her shot at USD 1 million, but as luck would it, she got a second chance at the fortune, thanks to an Indian-origin family who returned the discarded lottery ticket to their long-time customer, earning appreciation for their honesty.

Lea Rose Fiega bought a Diamond Millions scratch-off ticket in March at Lucky Stop, a store owned by the Indian-origin family in Southwick, where she was a regular customer.

"I was in a hurry, on lunch break, and just scratched it real quick, and looked at it, and it didn't look like a winner, so I handed it over to them to throw away," Ms Fiega said on Monday.

But the ticket was not fully scratched off and it sat in a pile in the store for 10 days until Abhi Shah, son of the store owners, noticed the unfinished USD 30 ticket in the trash, the New York Post reported.

Mr Abhi said the winning ticket was sold by his mother Aruna Shah to one of their regular customers.

"One evening, I was going through the tickets from the trash and [noticed] that she didn't scratch the number. I scratched the number and it was USD 1 million underneath the ticket," Mr Abhi was quoted as saying by the local TV station WWLP.

"I was a millionaire for a night," he joked.

Mr Abhi said he initially thought of buying a Tesla car, but later decided to return the winning ticket.

"I mean I had USD 1 million in my hand and on the other hand I wanted to do something good," he said.

The family said it was not an easy decision to return the ticket.

"He called my mom, grandparents in India, they said, 'Give it back, we don't want that money,'' Mr Maunish said.

The family then decided to return the ticket. Since the customer visited the store often, they knew where to find her.

The younger Shah came to find Fiega at work and told her his parents wanted to see her, according to the lottery winner.

"I said 'I'm working,'' and he said 'no you have to come over'. So, I went over there and that's when they told me. I was in total disbelief. I cried, I hugged them," Fiega said.

The other customers of the store are not surprised that the Shahs did the right thing.

"They're just purely good people. You can tell by just talking to them," one customer was quoted as saying by WBZ TV, a CBS-owned-and-operated television station licensed to Boston, Massachusetts.

The family is now fielding congratulatory calls and interview requests from across the country.

"If I had kept that million, I wouldn't have been this famous. So, I'm glad I gave it back," Mr Abhi said.