The House of Commons' Environment, Food and Rural Affairs Committee, which had opened an investigation after an undercover media report revealed serious breaches at one of Ranjit Boparan's factories last year, wrote to the businessman to stress that the gifts were an "inappropriate gesture". 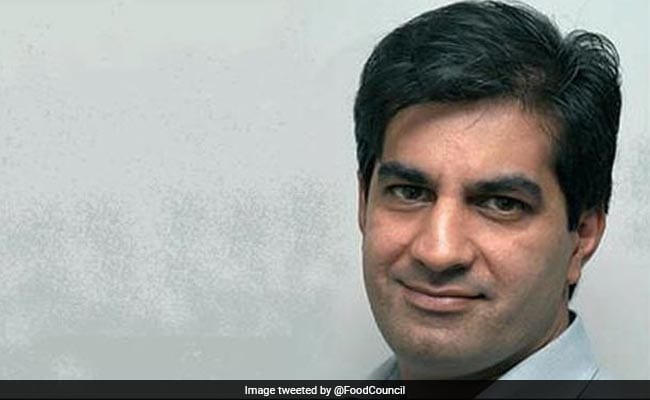 London: Britain's Indian-origin 'chicken king', Ranjit Singh Boparan, has been told off for sending boxes of biscuits to MPs investigating his company over a hygiene scandal.

The House of Commons' Environment, Food and Rural Affairs Committee, which had opened an investigation after an undercover media report revealed serious breaches at one of Ranjit Boparan's factories last year, wrote to the businessman to stress that the gifts were an "inappropriate gesture".

Neil Parish, chairman of the committee, said the gifts to several MPs were an "unwarranted attempt to impugn the Committee's impartiality".

"I would be grateful if you would respect the integrity and independence of the committee and avoid similar gestures in future," he said in a letter to Ranjit Boparan.

The gifts involved boxes of Fox Biscuits, a brand owned by the chicken king's 2 Sisters Group, which the committee either returned or gave to local food banks.

However, the company stressed there was nothing sinister in the Christmas presents.

"It was approximately eight packets of Fox's and Own Brand Biscuits which we send every year to a number of external stakeholders as a goodwill gesture at Christmas. We have responded formally to Parish explaining this," a 2 Sisters Group spokesperson said.

Ranjit Boparan had apologised for the hygiene scandal involving his West Bromwich factory and pledged a number of measures to improve standards, including increasing training for his workforce and installing cameras to monitor staff.

Several major UK supermarket chains had ended their poultry contract with the factory after a joint 'Guardian' and ITV News undercover investigation had revealed an instance of workers at the West Bromwich plant altering the source and slaughter date of poultry being processed, potentially rendering it unsafe.

Other sections of the footage, which was filmed in August 2017, showed chicken being picked off the floor and thrown back on to the production line, and older poultry being mixed with fresher birds.

The parliamentary committee had accepted Ranjit Boparan's written assurance of additional safety measures at all his plants and said that it would be closely monitoring their implementation with a view to investigating further if required.

The latest controversy came as the Birmingham-based entrepreneur sold off his pizza brands - Goodfella's and San Marco - for around 200 million pounds.

The 2 Sisters Food Group sold the frozen pizza brands to Nomad Foods and plans to focus on its core business as one of the UK's largest poultry suppliers.

"This deal represents our first major step to transform 2 Sisters and build a better business...The net proceeds from the sale are intended to be used to repay debt and to invest in the group's core businesses," Ranjit Boparan said.
Comments
Chicken KingRanjit Singh Boparan