Ajay Jagota has joined ranks with Nigel Farage's new anti-EU Brexit Party and will stand as a Member for the European Parliament (MEP) from London. 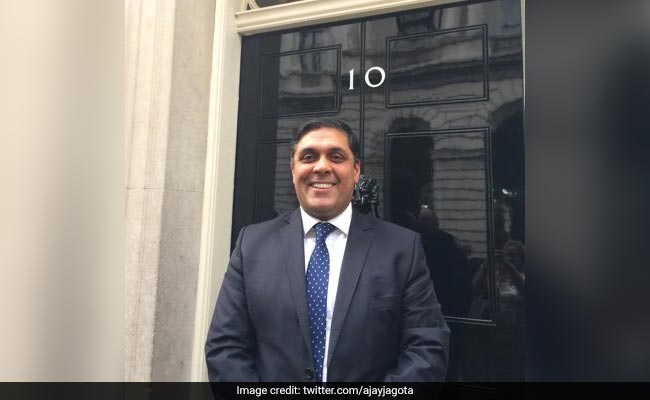 An Indian-origin businessman has switched his allegiance from the Conservative Party to join the newly-formed Brexit Party to contest the European Parliament elections next month.

Ajay Jagota, a self-proclaimed housing and property expert, stepped down as chairman of the local South Shields Conservative Association in northern England last year after claiming that the Tory party had failed to address complaints he made about anti-Muslim racism.

The founder of Keep it Simple house lettings outfit had previously signed a joint letter of Tory association chairmen calling on British Prime Minister Theresa May to "recognise the discontent" over her Brexit deal and examine alternatives "that respect [the government's] red lines and offer an ambitious and positive global future for our country".

Now, just as campaigning for the European Union (EU) elections intensifies, Mr Jagota has joined ranks with Nigel Farage's new anti-EU Brexit Party and will stand as a Member for the European Parliament (MEP) from London.

"This [Brexit] is such an important issue that for me it was imperative that I did whatever I could to ensure that those 17.4 million people that voted to Leave were not let down," Mr Jagota told The Sunday Telegraph.

"I would have hoped for the Conservative Party to deliver on their manifesto and the referendum result, which we were promised they would.

"Combined with my experience in the Tory party as chairman and now the Brexit issue I felt I could no longer rely on them as a party with the incumbent leader [Theresa May]," he said.

Mr Jagota is being seen as one of many deserting the Tories, after reports that the ruling Conservative Party was shedding supporters to the new Brexit Party amid dissatisfaction with PM May's handling of Brexit.

Britain is forced to contest the EU elections on May 23 as a result of the repeated defeat of the British PM's Brexit withdrawal agreement in the UK Parliament.

After the initial March 29 deadline for Brexit could not be met, the UK sought two further extensions in an attempt to arrive at an exit agreement. The UK is now scheduled to leave the EU by October 31, with cross-party talks ongoing to try and find a breakthrough.

Meanwhile, the growing discontent over the issue has been laid bare as opinion polls suggest a surge of support for the Brexit Party - set up by former UK Independence Party (UKIP) chief Nigel Farage with the message of "Democracy under Threat".

According to a study by Opinium released on Sunday, Nigel Farage's new party is neck-and-neck with Labour on 28 per cent for next month's European elections, while Tory support collapses to 14 per cent in the May 23 contest.

The poll also found more than half the public (55 per cent) believe the UK should never have held the EU referendum as it has been so difficult to agree a deal.