Filled with anger and jealousy when he found out that his former girlfriend was getting married, he had started a fire outside her boyfriend's home. 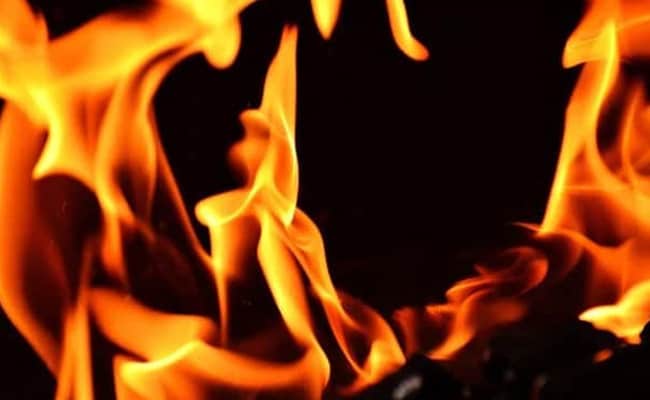 The police was called after several shoes were discovered burnt. (Representational)

A 30-year-old Indian-origin Singaporean has been sentenced to six months jail for starting a fire outside the apartment of his former girlfriend's fiance ahead of their marriage, a media report has said.

Surenthiran Sugumaran was convicted in October this year after he pleaded guilty to one charge of committing mischief by fire, knowing that he was likely to cause damage to property, The Straits Times reported on Friday.

Filled with anger and jealousy when he found out that his former girlfriend was getting married, he had started a fire outside the public housing unit where her fiancé lived.

On March 11, he found out through an Instagram post that his former girlfriend was getting married to one person named Mr. Mohammad Azli Mohammad Salleh the following day.

Mr. Sugumaran decided to lock the front gate of the man's flat and start a fire to cause inconvenience to Mr. Azli before his wedding ceremony.

Clad in a black hoodie, which he later used to cover his face to avoid detection by Closed-Circuit Television (CCTV) cameras, Mr. Sugumaran arrived at the victim's block, taking a lift to the 12th storey and the stairs to the 13th storey.

Deputy Public Prosecutor Bharat S. Punjabi said in October that Mr. Sugumaran took this route to further evade CCTV. When Mr. Azli opened his unit door at 8.22 am and found his front gate locked and several shoes burnt, he called the police.

On Friday, District Judge Eugene Teo said in sentencing that "such offences are very dangerous for the occupants in the flat".

"I have to take into account the circumstances in which you planned out these offences, including the fact that you also locked up the premises and the purpose for which you committed these series of acts," the judge was quoted as saying in the report.

Those who commit mischief by fire intending to cause or knowing it will likely cause damage to property can be jailed for up to seven years and fined.