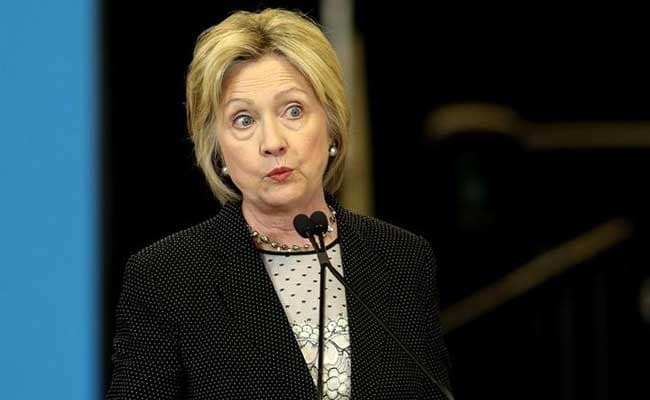 Two Indian- American teenagers supporting Hillary Clinton are planning to reach out to youths from the community through social media. (File Photo)

Raleigh: Two Indian- American teenagers supporting Hillary Clinton are planning to reach out to youths from the community through social media to give a boost to the presumptive Democratic presidential nominee's campaign.

Saket Singh, who was earlier a strong supporter of Donald Trump, now believes Clinton is his choice to be the next president of the US.

"This is my final decision. No more changes," Saket, 18, said told PTI in an interview outside a Clinton rally where he along with his younger sister, Sneha Singh, 10, and another friend Parth Patel were campaigning in support of the former Secretary of State.

"Now that Bernie Sanders is out, she would get the support of the youths," said Saket, who is headed to India in a few days.

"I was initially a Donald Trump supporter. I went to one of his rallies... those are not the values, I believe in," said Saket, who moved to the United States as a one-year-old along with his parents who are IT professionals.

A few weeks ago, Saket and Parth, a high school student, along with some other Indian American friends came together to lead the youth group of 'Hindus for Hillary' through which they said they plan to launch a nationwide campaign among Indian-Americans to come out and vote in support of Clinton in the November general elections.

"I was also a Donald Trump supporter, but Hillary changed my mind," said Parth, whose father is a software developer and mother a dermatologist.

"Donald Trump is more of an extremist and Hillary sides with my social views and social issues," he told PTI.

Saket and Parth said now they plan to use the power of social media and Internet to reach out to Hindu American youths to garner support for Clinton.

A recent survey revealed Indian-Americans overwhelmingly support for Clinton as against that of Trump.

(Except for the headline, this story has not been edited by NDTV staff and is published from a syndicated feed.)
Comments
Hillary ClintonIndian-American TeensUS electionsClinton campaign