A virtual reality manager by profession, Shubham Goel has been using social media platforms to reach out to the public. His campaigns show him on the streets of California with a megaphone in hand, advocating transparency in the political system. 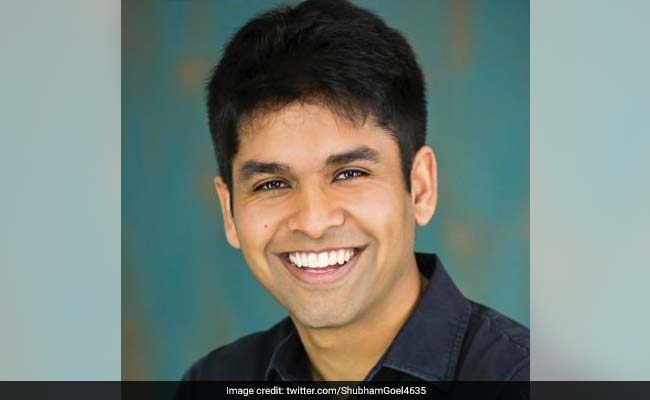 Shubham Goel will contest for California governor alongside 27 other candidates.

A virtual reality manager by profession, the 22-year-old has been using social media platforms to reach out to the public. His campaigns show him on the streets of California with a megaphone in hand, advocating transparency in the political system.

In a video he posted on Twitter, the young techie in a dark blue t-shirt is seen asking people at a carnival to support him, while one of his aides is standing beside him holding a big, white placard to pitch his candidacy for California governor.

Mr Goel will contest alongside 27 other candidates, according to a two-page state governor contest list that shows he does not have a party preference.

Another video posted on his Twitter profile shows him campaigning on virtual reality or VR platforms. "Technology has been able to fix a lot of issues. I want to run for governor just to implement technologically feasible platforms," he said.

Shubham Goel recently graduated from the University of California or UCLA  and holds a degree in economics and film studies. Calling himself an "everyday person," soon after he announced his candidacy, he tweeted, "California is struggling and this is the moment for change!"

According to Mr Goel, the primary reason for running for office is that one needs no political backing or funding to bring about change. "I wanted to run to show that in state-wide offices, it is presumed that to run for office, you need loads of money and fame and loads of political backing. I want to show that all you need is efficiency, platforms and conviction," he said.

Promoted
Listen to the latest songs, only on JioSaavn.com
If elected, Mr Goel hopes to take California back to its Gold Rush period, arguably one of the most significant events to shape American history.

Mr Goel campaigns on a seven-point platform that includes a handbook for the governor that talks of creating centralised and digitalised profiles on social media for office-holders. The profiles will show their economic interactions for the past 10 years with regard to money and donations they have received from any source.