According to the Securities and Exchange Commission (SEC), Ramesh "Sunny" Balwani and the founder Elizabeth Holmes raised money by deceiving investors about the company's technology, business and financial performance.

The SEC will litigate its claims against Balwani in federal district court in the California.

New York: A former Indian-American president of the blood-testing company Theranos and the firm's founder and CEO were today charged with "massive fraud" amounting to over USD 700 million by the US federal regulators.

According to the Securities and Exchange Commission (SEC), Ramesh "Sunny" Balwani and the founder Elizabeth Holmes raised money by deceiving investors about the company's technology, business and financial performance. 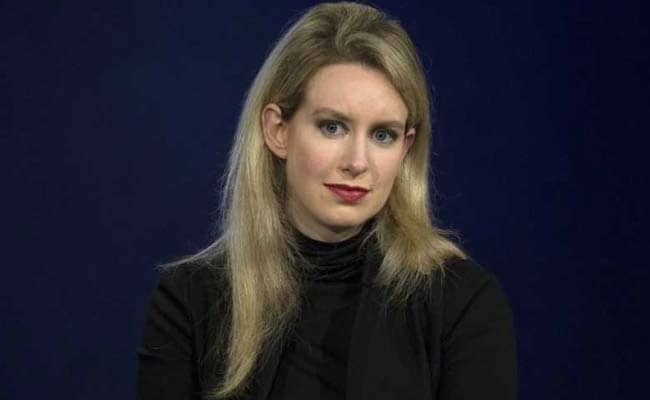 Elizabeth Holmes neither admitted nor denied the allegations in the SEC's complaint. (Reuters)

In truth, Theranos' proprietary analyser could complete only a small number of tests, and the company used analysers manufactured by others to conduct majority of patient tests.

Ms Holmes and Mr Balwani also claimed that the company's products were deployed by the US Department of Defence on the battlefield in Afghanistan and that the company generated more than USD 100 million in revenue in 2014.

In reality, the company's technology was never deployed by the US Department of Defence and generated a little more than USD 100,000 in revenue from operations in 2014.

Theranos and Ms Holmes neither admitted nor denied the allegations in the SEC's complaint and have agreed to settle the fraud charges levied against them.

Ms Holmes agreed to pay a USD 500,000 penalty, be barred from serving as an officer or director of a public company for 10 years, return the remaining 18.9 million shares that she obtained during the fraud, and relinquish her voting control of Theranos, the statement said.

Due to the company's liquidation preference, if Theranos is acquired or is otherwise liquidated, Ms Holmes would not profit from her ownership until over USD 750 million is returned to defrauded investors and other preferred shareholders, it said.

Ms Holmes was once touted as a rising star in Silicon Valley who promised to disrupt the health technology industry with her company's path-breaking technology for blood-testing.

Mr Balwani, who lives in California, was the president and Chief Operating Officer of Theranos from September 2009 to May 2016.

In 2009, as Theranos was on the verge of running out of money, Holmes turned to her then-boyfriend Balwani, who guaranteed a line of credit for the company.

Mr Balwani joined the company and became its president and Chief Operating Officer that same year, the SEC said.

From the time that Mr Balwani joined the company until his departure in 2016, Theranos had no other senior managing executives besides Ms Holmes and Mr Balwani, it said.

They collaborated closely with each other and made decisions about the company together, it added.

The SEC will litigate its claims against Balwani in federal district court in the Northern District of California.

Steven Peikin, Co-Director of the SEC's Enforcement Division, said investors were entitled to complete truth and candour from companies and their executives.

"The charges against Theranos, Holmes and Balwani make clear that there is no exemption from the anti-fraud provisions of the federal securities laws simply because a company is non-public, development-stage, or the subject of exuberant media attention," he said.

Promoted
Listen to the latest songs, only on JioSaavn.com
Director of the SEC's San Francisco Regional Office Jina Choi said the Theranos story was an "important lesson" for Silicon Valley where innovators who seek to "revolutionise and disrupt" an industry.

"They must tell investors the truth about what their technology can do today, not just what they hope it might do someday," she said.