The eight winners of the jackpot include six Indians. The other winners have won 1 million dirham each. 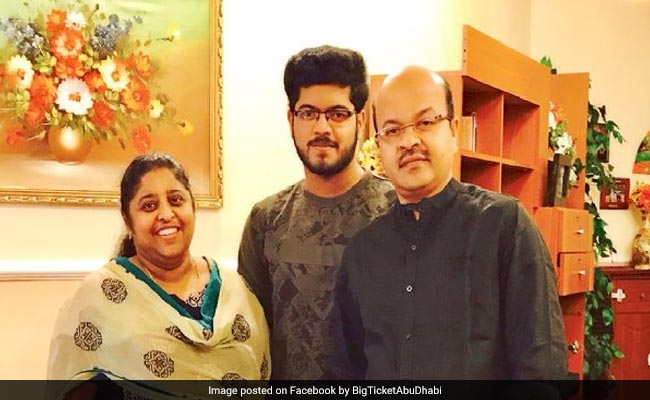 Anil Varghese Theveril said he is trying his luck with Big Ticket for the second time.

Dubai: Anil Varghese Theveril, 50, who works in Kuwait as an executive assistant, said he hit the jackpot on the ticket number that matches with his son's date of birth, Khaleej Times reported.

He was declared the winner of the 7 million dirhams (USD 1.9 million or over Rs 12 crore) prize in the Big Ticket millionaire draw held at Abu Dhabi International Airport.

The eight winners of the jackpot include six Indians. The other winners have won 1 million dirham each.

Mr Varghese has been working in Kuwait for the last 20 years.

"His is my lucky charm. I purchased the ticket online and chose the number 11197 because my son's date of birth is 11/97," Mr Varghese said.

"I am trying my luck with Big Ticket for the second time. I never expected to win. The reality is still to sink in," he said.

Mr Varghese's son is doing his under-graduation in Kerala.

He said he has gone through tough times recently.

"I am glad it is all over. I have to sit down and figure out what to do with the prize money," said Mr Varghese.

Promoted
Listen to the latest songs, only on JioSaavn.com
Seven other winners were announced on Tuesday at the raffle draw, each of whom went home 100,000 dirham richer.

One was a Bangladeshi and one a Moroccan, while the rest were Indians.