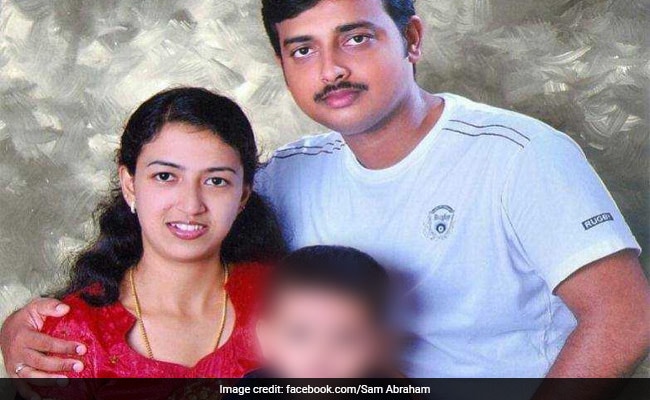 Melbourne: An Indian-origin woman and her ex-lover have been jailed for over 20 years by an Australian court in Melbourne for fatally poisoning her husband with cyanide-laced orange juice.

In February, Sofia Sam, 34, and Arun Kamalasanan, 36, both from Kerala, were in found guilty of murdering Sofia's husband Sam Abraham at his home in Melbourne's Epping in October 2015, Australian news agency AAP reported.

Sofia's husband, 33, was found dead in his pyjamas and foaming at the mouth and was initially thought to have suffered a heart attack.

But an autopsy later revealed he died of cyanide poisoning, and after a lengthy police operation Arun and Sam were charged, tried and found guilty.

"This is a very serious example of the crime of murder," Justice Paul Coghlan said while announcing the sentence.

"Sam Abraham was a young man asleep in bed at home with his family when he was killed by the use of poison. I am satisfied that the poison was chosen as your murder weapon in an attempt to avoid detection," Justice Coghlan said.

Detectives used a long lens to spy on Sofia and Kamalasanan for months after the death, watching them meet for lunch and run errands, the report said.

They also found a secret diary that Sofia shared with Arun, illustrating their "deep" feelings for each other.

"It was a major part of the prosecution case that both of you had been in a long-term relationship, notwithstanding you both being married," Justice Coghlan said.

During the trial, diary entries the two wrote were read to the jurors, who heard whimsical words of their forbidden love, the report said.

Sam and Arun were both born in Kerala and met at Mahatma Gandhi University, where both studied science.

The trial had heard that Sam moved with her six-year-old son to Australia from India in 2012, with Sam joining his family a few months later after working in Dubai.

All the while, prosecutors said, Sam had been having an affair with Arun, who she had known for years.

Arun had left his wife and child back in India and moved to Melbourne in the middle of 2013.

"Both Sofia and Arun had a motive to kill Sam. They both wanted to be together," Prosecutor Kerri Judd had told the trial.

The court set a non-parole period of 23 years for Kamalasanan and 18 years for Sam.
Comments
MelbourneCyanide