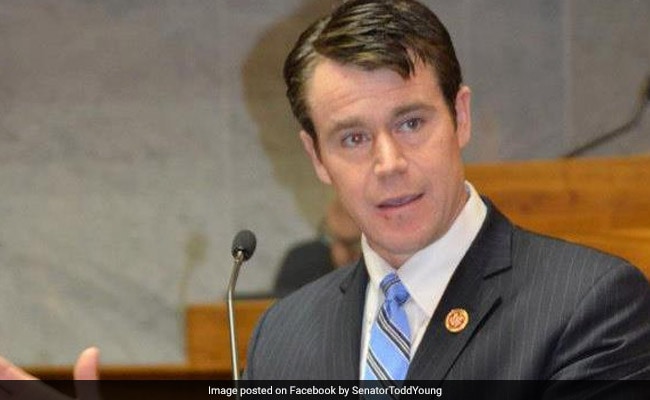 The event was also marked by an exhibition on the life and teachings of the founder of Sikhism.

The philosophy and teachings of Guru Nanak Dev echoed the corridors of the US Capitol as powerful American lawmakers and eminent Indian-Americans celebrated the 550th birth anniversary of the founder of Sikhism and underscored that his principles were more relevant today than ever before.

"While radical for his day some 500 years ago, the teachings of the first Sikh guru who we celebrate today were consistent with our nation's founding principles and teaching that everyone, regardless of gender, regardless of class, regardless of creed, everyone has been created equal," Young said.

In his address to a Capitol Hill event organised by the Indian embassy to celebrate the 550th birth anniversary of Guru Nanak Dev, Senator Young said his neighbourhood is full of Sikh American families.

"I'm also glad that your commitment to equality and inclusion has led to the historic agreement which allowed the border corridor between India and Pakistan to be thrown open for Sikhs to visit Guru Nanak's shrine just in time for this 550th birthday," Young said.

Congresswoman Judy Chu, founding member of the Congressional Sikh Caucus and chair of Congressional Asian Pacific American Caucus, said the life of Guru Nanak Dev "was a true example to all of us and one whose lessons we would do well to heed today".

Noting that Guru Nanak was a true humanitarian champion in the face of entrenched discrimination, she said he preached against prejudices based on race, cast, and status.

He called for the equality of all individuals no matter what religion they practised or caste they belong to.

"He promoted the equality of all women during a time when women had low status and little respect within society. There is so much as a country that we should take away from the teachings of Guru Nanak. His legacy is a legacy of peace and equality," Chu said.

Republican Congressman Greg Pence from Indiana referred to his speech on the House floor earlier in the day.

"Mr speaker, I rise today to recognise a very special day for the Hoosier Sikh community and the 550th birthday of Guru Nanak, the founder of Sikhism," he said.

This occasion is celebrated by more than 25 million Sikhs worldwide on November 12th, 2019, he said.

Indiana is proud to be home of over 10,000 Sikhs that enrich our communities, embody the meaning of Hoosier values. Hoosier Sikhs are one of the fastest growing business communities in Indiana and there are contributions to our economy and cultural value," he said.

"On this day, I am proud to stand with our friends in the Sikh community by offering legislation to celebrate this momentous occasion and honour their contributions to Indiana and to our great nation," Pence said.

New Jersey Attorney General Gurbir Singh Grewal said there was a need to raise awareness about the Sikh faith more today than ever before and highlight the Sikhs'' contributions to the society.

"We also need to address how our teachings remain relevant in the modern era," said the first-ever Sikh Attorney General of any US State.

Indian Ambassador to the US Harsh Vardhan Shringla said that the opening of the Kartarpur corridor between India and Pakistan was a historic day.

The Indian government has taken several actions to commemorate the 550th birth anniversary of Guru Nanak Dev, he said.

"We are very happy of course, that on this particular day we have at the Capitol Hill such an important event that involves not only discourse on Sikh religion and history, but also the disproportionate contribution of Sikh American community to your country of citizenship," he said.

The event was also marked by an exhibition on the life and teachings of the founder of Sikhism along with two panel discussions.