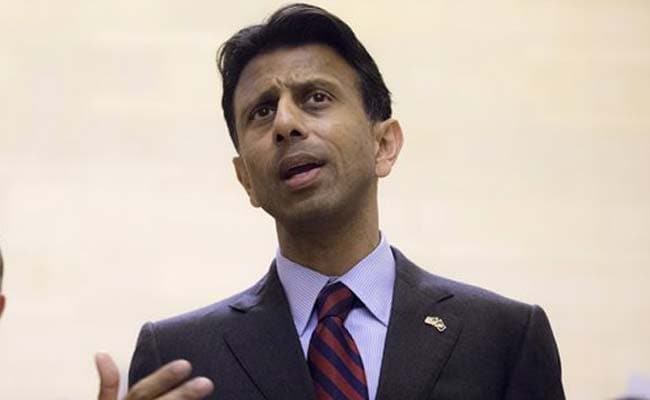 Indian American Bobby Jindal is the Governor of US State of Louisiana.

Louisiana Governor Bobby Jindal has said that there is a "great opportunity" for strengthening Indo-US relationship in the field of bilateral trade and war against terrorism.

Emerging out of the White House immediately after a meeting with President Barack Obama, along with other members of the National Governors Association, Mr Jindal said India-US relationship is one area on the foreign policy front where there is a bipartisan support and the two countries would benefit - both economically and politically - from strengthening of this ties.

"I think, it is a great opportunity for both countries (India and the US)," Mr Jindal, who is the first Indian American Governor of an US State told PTI.

"One of the things that the President did talk about (during the meeting) for example was the potential trade deal with the Pacific region and I think, this is one example whether countries like India or other nations in Asia that are friend to America. India is one of them," Mr Jindal.

"We have traditional allies like South Korea, Taiwan and Japan, but also other countries including Vietnam. They are friendly to America and want a strong relationship," said the Louisiana Governor, who became the governor in 2008.

"I think this (India-US bilateral relationship) is good for India. It is good for America. I think, both economically as well as politically there are great opportunities. And there is a bipartisan support to do that. That is something that the President could work with this Congress to get done. I think this would benefit both countries," Mr Jindal said.

A Republican presidential aspirant, this is for the first time that Mr Jindal has expressed his view on India US relationship.

Highly critical of Obama's foreign policy, Mr Jindal appeared to be supportive of the president's efforts to strengthen ties with India, which he noted is in America's interest.

Responding to questions, Mr Jindal supported joint effort between India and the US in the fight against terrorism, in particular Islamic extremism.

"Two things have to happen. One is to call on leaders of the Muslim community to not just denounce acts of violence, but also individuals by name who commit these violence, to make clear that such individuals are not going to enjoy or reward after life, but are rather going straight to hell," he said.

"Secondly, one of the things which is also very important is that we got to insist on simulation on integration of our societies. That is something that America has a great history of being a melting pot, welcoming folks from all over the world," he said.

"The bottom line is we do welcome people as long as they respect freedoms of others to live their lives, to have religious liberty, have freedom of speech, self-determination," he added.

Referring to his recent visit to Europe, Mr Jindal said one of the concerns that people there have there are people who have come to those countries are non-assimilating.

Promoted
Listen to the latest songs, only on JioSaavn.com
"So two things that both (India and the US) of our countries can do is one to call on Muslim leaders to denounce these individuals and insist to those come in our countries to assimilate and integrate. We have a pride history in doing that in America," Mr Jindal said, adding that he currently has no plans to travel to India.

When asked about his potential presidential bid, Mr Jindal said: "We are still thinking and would be making decision in next couple of months."