Mustaq Ahmed, who works as a maintenance staff in Hatta, about 130 km from Dubai, said his wife who lives in Gonda district decided to name their son Narendra Modi. 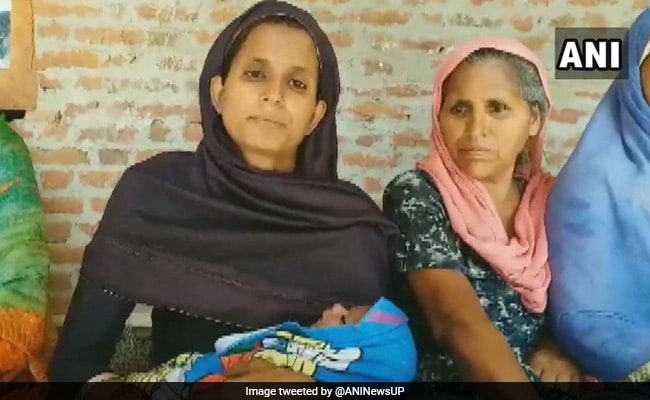 A Muslim Indian worker in Dubai, who has named his newborn "Narendra Damodardas Modi", longs to go back home in Uttar Pradesh to see his son who is already drawing attention with people in the neighbourhood coming to meet the child named after the prime minister.

Mustaq Ahmed, 29, who works as a maintenance staff in Hatta, about 130 km from Dubai, said his wife who lives in Gonda district decided to name their son Narendra Modi as the baby was born on the day Prime Minister Narendra Modi won the elections with thumping majority for a second term.

"When my wife called me with the good news on May 23, I asked her whether Narendra Modi had won the elections. Then I told her "Desh mein Modi agaya. Hamaray ghar main bhi Modi agaya. (Modi has come to power in the country. And Modi has arrived in our family too)," he told the Khaleej Times.

Mr Ahmed's wife Mainaz Begum came up with the idea to name their son Narendra Modi while names for the boy were being discussed.

People around her tried to make her change her mind, but she was adamant, her father-in-law Idrees told news agency Press Trust of India last week.

Mr Ahmed also tried to make her drop the idea, but later he ended up agreeing to his wife's wish.

The family then filed an affidavit in Gonda district authorites. In the affidavit, Mr Ahmed's wife lavished praise on PM Modi and his government's welfare schemes.

The affidavit also praised PM Modi for the initiative to end triple talaq.

The little Narendra Modi is Mr Ahmed and Ms Begum's third child. The couple has two daughters - Mantaza, 7 and Fathima, 3.

"We are impressed by what our prime minister has done for the country in the last five years. I wish my son will also do good work and earn a solid reputation like our Prime Minister," he said.

He said the little Narendra Modi is already winning hearts as people in the neighbourhood are all coming to see him.

"I am sure people will keep teasing by calling him 'Modi, Modi'. But when he grows up, no one will dare mess with him because he is Narendra Modi," Mr Ahmed said with a laugh.

Asked when he is going home to see his son, he said, "I will have to wait a little longer. I have to earn some more money before I can afford the air ticket and other expenses."

"But I know good days are ahead because the country has one Modi and I have two," said Mr Ahmed.

Mr Ahmed said it is his dream that PM Modi will come and bless his newborn son.

"I wish Modi will come down to our village in Uttar Pradesh to see my little Modi and bless him. It will be a great honour for my son and our family," he said.