Neil Chatterjee, a Republican from coal-producing Kentucky, who was a FERC commissioner, had been a backer last year of a directive by Energy Secretary Rick Perry, that the commission ultimately rejected, to bail out coal and nuclear plants. 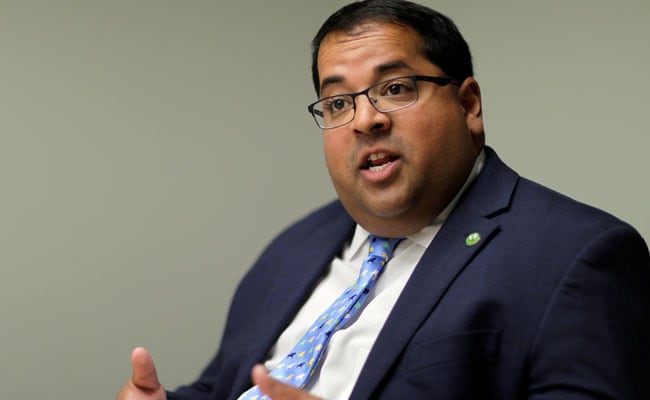 Chatterjee, a Republican from coal-producing Kentucky, who was a FERC commissioner, had been a backer last year of a directive by Energy Secretary Rick Perry, that the commission ultimately rejected, to bail out coal and nuclear plants.

FERC, an independent office of the Department of Energy, makes decisions on electricity transmission and interstate natural gas pipelines and facilities.

Chatterjee served as FERC's acting head for several months last year before Kevin McIntyre was sworn in as the chairman of the agency in December.

McIntyre, who underwent surgery last year for brain cancer, will step down to become a commissioner on the five-member panel, he said in a letter posted on FERC's website on Wednesday.

McIntyre, also a Republican, sat out FERC's monthly open meeting last week and the previous one in September. "I very recently experienced a more serious health setback, leaving me currently unable to perform the duties of Chairman with the level of focus that the position demands," McIntyre said in the letter.

Perry had issued FERC a directive in 2017 to bail out ageing nuclear and coal plants that are suffering competition from plants that burn abundant and cheap natural gas. FERC rejected the plan in January. But in coming months it could consider similar plans by the administration to support the plants for national security reasons.

Earlier this month, President Donald Trump nominated the Republican Bernard McNamee, another prominent supporter of subsidizing ageing coal and nuclear plants, to a vacant seat on the panel.

Critics said if the Senate approves McNamee it could make FERC more politicized because he helped roll out Perry's bailout plan while head of the Energy Department's policy office.

(Except for the headline, this story has not been edited by NDTV staff and is published from a syndicated feed.)
Comments
Neil ChatterjeeDonald TrumpFederal Energy Regulatory Commission FERC