Shireen Mathews is the sixth Indian-American nominated to the federal judiciary at various levels by Trump. 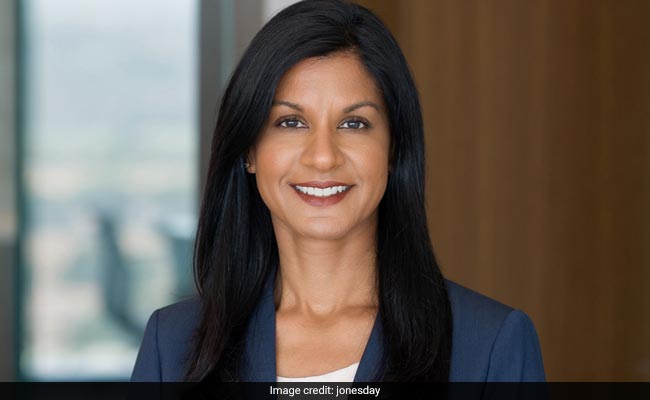 Shireen Mathews is a partner with the elite law firm Jones Day.

US President Donald Trump has nominated Shireen Mathews, an Indian-American lawyer, to be a federal judge.

She is a partner with the elite law firm Jones Day, where she specialises in white-collar crimes.

Before that, she was an assistant federal prosecutor in California serving as the coordinator for criminal healthcare fraud cases.

Her nomination to Southern California Southern District federal court in San Diego was announced on Wednesday by the White House and her appointment has to be approved by the Senate.

Shireen Mathews is the sixth Indian-American nominated to the federal judiciary at various levels by Trump.

South Asia Bar Association (SABA) President Aneesh called it "a historic nomination" and urged "the Senate to quickly confirm her, adding another deserving South Asian voice to the judiciary."

Shireen Mathews has served on SABA North America board of directors.

According to Jones Day, while she was a prosecutor, Shireen Mathews uncovered a multi-million dollar fraud in stolen medical equipment and also won one of the highest restitution awards for the Social Security (general public pension) trust fund.

Neomi Rao is the most prominent judicial nominee of Trump, who named her to the federal appeals court in Washington to succeed Brett Kavanaugh, who was elevated to the Supreme Court.

Based in the nation's capital, that appeals court is considered the most important one after the Supreme Court and a nominee of former President Barack Obama Sri Srinivasan also serves on it.

Amul Thapar was nominated by Trump to an appeals court in Ohio that has jurisdiction over four states.