The tired and homesick 30-year-old brothers, Jackson and Benson Andrews, have been stranded inside the Dubai International Airport's terminal 3 since March 19 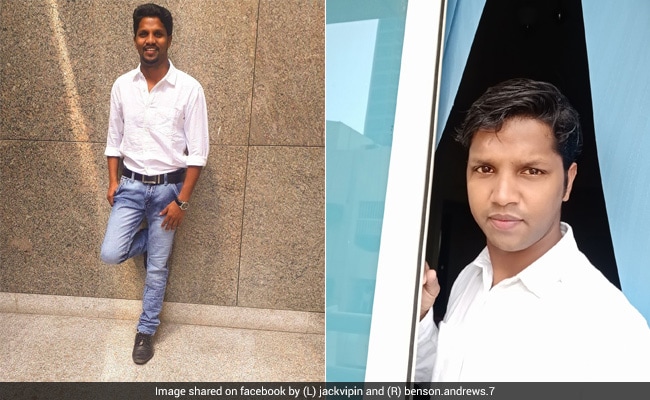 The brothers were among the 19 Indian passengers who were stuck inside the airport for over a month.

A pair of Indian identical twins, stranded at the Dubai airport for nearly 50 days due to the COVID-19-induced international travel lockdown, breathed a huge sigh of relief when they came to know that they are among the first 354 passengers to fly back to India from the UAE on Thursday.

The tired and homesick 30-year-old brothers, Jackson and Benson Andrews, have been stranded inside the Dubai International Airport's terminal 3 since March 19 while they were returning from Lisbon, Portugal, the Khaleej Times reported.

The twins were among the 177 Indian passengers who will be boarding the second repatriation flight to Kozhikode in Kerala on Thursday, it said.

They were among the 19 Indian passengers who were stuck inside the airport for over a month.

"We received the letter from the consulate on Tuesday. A copy of our flight tickets have been sent to us as well," Jackson told the daily.

Press consul at the Indian consulate, Neeraj Aggarwal, said, "Based on the schedule of flights and the destination of passengers, these 19 stranded Indians will all be flying out on priority in the coming week."

Originally from Thiruvananthapuram, Benson and Jackson were working in Lisbon when the coronavirus crisis hit. They were transiting through Dubai when India announced a lockdown and suspended all domestic and international flights.

From the UAE, at least 200,000 Indian citizens have registered on the web portal collecting data of persons wishing to return home.

"We are Indian citizens and have been working in Portugal for two years now. We decided to leave Lisbon when the situation was getting increasingly bad in Europe," Jackson was quoted as saying.

The twins, who work in retail, said they used to live in the outskirts of Lisbon city.

The brothers left from Lisbon on March 18 at 12 pm and landed in Dubai at 2 am the following day to take a flight to Thiruvananthapuram.

"When we went to board the flight, we were told that we needed a ''Ok to board'' permission from the airport in India. However, since we were passengers from Europe, we were not granted permission. Only my brother and I were not allowed to board," Jackson said.

Though several flights continued to go to India till March 22, the twins remained stranded at the airport.

"For the first 10 days, we were sleeping on the airport benches. Finally, airport authorities and the consulate arranged hotel rooms for us inside the airport," said Jackson.

"We have no reason to complain. We were given five-star service here. however, we miss home," he added.

Though the brothers are apprehensive about spending 14-days in quarantine in Kozhikode, some 370 kilometres from Thiruvananthapuram, Jackson said, "At least we are close to home."