Dr Rajesh Gupta, who studied in Jammu before moving to the UK, is survived by his wife and a young son. 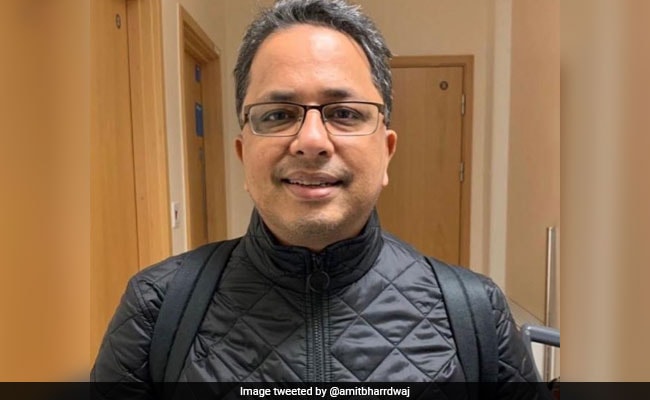 An Indian-origin doctor working on the frontline of the coronavirus pandemic at a UK hospital was found dead in the hotel where he was staying in order to isolate himself from his family during the lockdown.

Dr Rajesh Gupta, a consultant anaesthetist at the National Health Service (NHS)-run Wexham Park Hospital in Berkshire, south-east England, was found dead earlier this week and the cause of his death is yet to be established.

"We are very sorry to pass on the sad news that our Frimley Health colleague Dr Rajesh Gupta has passed away," Frimley Health NHS Foundation Trust said in a statement today.

"Rajesh, who worked as a consultant at Wexham Park Hospital, was found on Monday afternoon in the hotel where he had been staying to protect his family while he worked with us during the coronavirus pandemic. At this stage the cause of his death is not known," the NHS Trust said.

Dr Rajesh Gupta was described as a "popular and well-known figure" by the Trust, which said that colleagues saw him as an "outstanding clinician with a passion for pain medicine".

He was recently appointed to an important post at a UK hospital after working for a period as a locum consultant at Frimley Park.

"They (colleagues) also say he was a gifted poet, painter, photographer and cook who was known for his enthusiasm, good nature and kindness. He wrote several books and contributed to a number of publications. He will be greatly missed," the Trust said.

Rajesh Gupta, who studied in Jammu before moving to the UK, is survived by his wife and a young son.

The Frimley Health NHS Foundation Trust said that it is supporting his closest colleagues as the news of the sudden death has come as an "enormous shock" at his former workplace.