Britain's first turban-wearing MP Tanmanjeet Singh Dhesi and Preet Kaur Gill said the UK government would be accused of a cover up if the alleged revelations in the new documents, released by the UK's National Archives, are not taken note of. 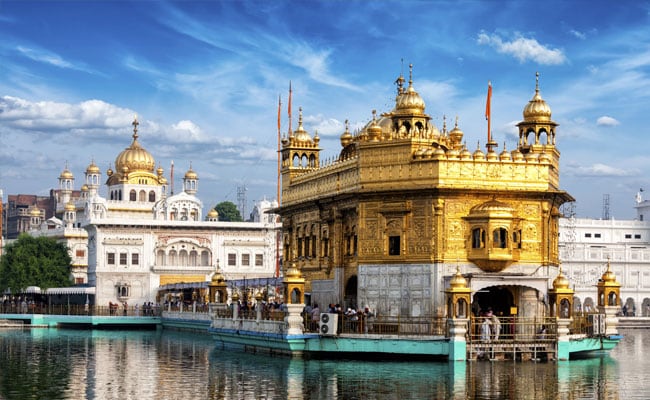 Chandigarh/London: Britain's two new Sikh MPs today sought an independent inquiry into the role of the UK government in Operation Bluestar, an Indian Army action in 1984 to flush out terrorists from the Golden Temple.

Britain's first turban-wearing MP Tanmanjeet Singh Dhesi and Preet Kaur Gill said the UK government would be accused of a cover up if the alleged revelations in the new documents, released by the UK's National Archives, are not taken note of.

According to the Sikh Federation UK, the release of FCO files from 1985 reveals that the then Indian Army chief General Arun Shridhar Vaidya, who planned Operation Blue Star in June 1984, received a confidential briefing from the British Army earlier in 1984.

Mr Dhesi, who is in Chandigarh on a private visit to India, said, "As far as 1984 Operation Bluestar is concerned, you know that all felt pain. But we never knew that there was any role of the UK government in it. We always thought it was an action taken by the Indian government."

Addressing the media, he claimed that some journalists in the UK while analysing secret documents found "involvement of the then Prime Minister Margaret Thatcher."

"Whether the role was in advisory capacity or something more but when we learnt about it, we were sad because we never thought our government would have any role in it," the British MP said.

"That is why we are demanding that independent inquiry should be held to establish the extent of then Thatcher government's involvement in 1984 operation Bluestar," the Labour Party MP said.

Mr Dhesi said the Conservative Party-led government had earlier ordered an inquiry in this regard. But it was "an eyewash".

"Neither anything came out of that inquiry nor any document was released. That is why the demand for independent inquiry is growing to put pressure on the UK government," he said.

The onus for ordering inquiry is entirely on the present UK government, Dhesi said, adding "If the UK government makes any delay in ordering independent inquiry then it will be called as justice delayed, justice denied."

In London, Gill, the first woman Sikh MP and chair of the All Party Parliamentary Group for British Sikhs, said: "Clearly this would suggest that the Heywood review (ordered by former British Prime Minister David Cameron) was a whitewash - he had access to these files but failed to mention that Britain briefed India's top brass on counter-insurgency.

Promoted
Listen to the latest songs, only on JioSaavn.com
"The government's refusal to release so many records from 1985, including another file about India's National Security Guard, is a huge cover-up. It will cause a backlash from Britain's Sikh community who need to know if the SAS trained this unit."

Sikh Federation UK claims that its researchers have found new documents that cast doubt on the internal review commissioned by the then Prime Minister Cameron in January 2014 by the top civil servant, Sir Jeremy Heywood which concluded that the UK's involvement was purely advisory in the Army operation against terrorists in Amritsar in 1984.