Vishal Garg, the Indian-origin CEO of Better.com, took some time off after he was heavily criticised for firing almost 900 workers over a Zoom call just weeks before Christmas last year. 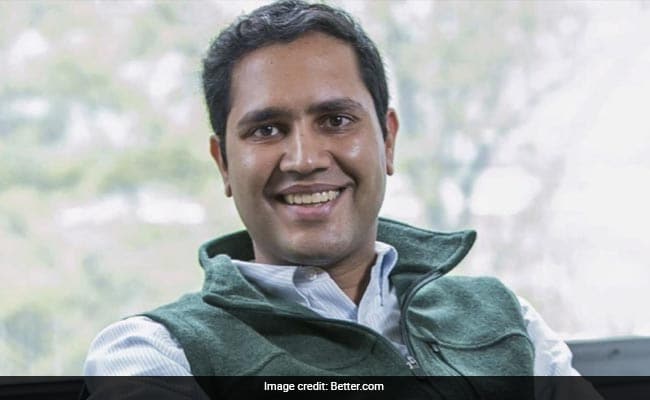 Vishal Garg had later apologised for the way he handled the layoffs. (File)

The Indian-origin chief executive of an online mortgage company, who faced criticism after firing about 900 employees over Zoom last month, is returning to his position.

Vishal Garg, the CEO of Better.com, had fired almost 900 workers over a Zoom call just weeks before Christmas last year.

"I come to you with not great news. If you're on this call you are part of the unlucky group that is being laid off. Your employment here is terminated effective immediately," Mr Garg had said, drawing widespread criticism over the way he informed about 9 per cent of the company's employees that they were being let go.

Mr Garg had later apologised for the way he handled the layoffs, saying, "I failed to show the appropriate amount of respect and appreciation for the individuals who were affected and for their contributions to Better. I own the decision to do the layoffs, but in communicating it I blundered the execution. In doing so, I embarrassed you."

It was announced on Wednesday that Mr Garg is returning to his position, weeks after the company's board had announced in a staff memo that he was "taking time off" following the "very regrettable events."

A report in The New York Times cited an email sent by the company's board to staff that read, "As you know, Better's C.E.O. Vishal Garg has been taking a break from his full-time duties to reflect on his leadership, reconnect with the values that make Better great and work closely with an executive coach."

"We are confident in Vishal and in the changes he is committed to making to provide the type of leadership, focus and vision that Better needs at this pivotal time," it said.

A CNN report said that in a separate letter to employees, Mr Garg said, "I understand how hard these past few weeks have been. I am deeply sorry for the angst, distraction and embarrassment my actions have caused. I've spent a lot of time thinking about where we are as a company and the type of leadership Better needs ... and the leader I want to be."

After firing the employees, Mr Garg had told them that they could expect an email from the Human Resource department, detailing benefits and severance. Mr Garg had cited market efficiency, performance and productivity as the reasons behind the firings.