Jaspreet Singh of Monroe, Ohio died of injuries he sustained when he was shot at by 20-year-old Broderick Malik Jones Roberts on the night of May 12. 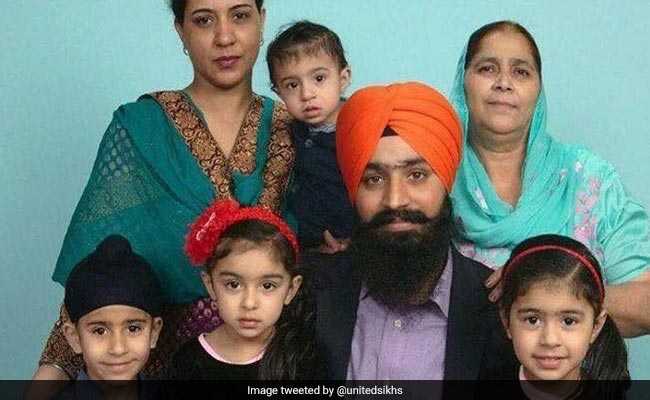 Jaspreet Singh had four children and had been living in the US since eight years.

New York: A 32-year-old Sikh truck driver, who was shot at two weeks ago in Ohio, has succumbed to his injuries, with prosecutors saying they will seek a murder charge against the accused in the case.

Jaspreet Singh of Monroe, Ohio died of injuries he sustained when he was shot at by 20-year-old Broderick Malik Jones Roberts on the night of May 12, a report in the Journal News said.

Roberts had been indicted for aggravated robbery, felonious assault and possessing weapons under disability for allegedly firing at Mr Singh.

Mr Singh suffered a gunshot wound to the upper torso on May 12, according to a Hamilton Police report. He died on May 21, said Butler County Prosecutor Michael Gmoser.

According to court documents, Roberts allegedly shot Mr Singh "while he sat in his vehicle".

Since Mr Singh died of his injuries, prosecutors said they will now seek a murder indictment against the accused.

The police report added that Roberts' attorney David Washington entered a not guilty plea on his client's behalf but acknowledged a murder indictment is expected next week.

Mr Singh had been living in the US since eight years.

Advocacy group The Sikh Coalition said no immediate evidence has been released to suggest that any bias was involved in the tragic accident.

The group's legal team has been in contact with relevant authorities in Cincinnati and continues to monitor the case. "Our prayers remain with his family during this very difficult time," it said in a Facebook post.

Judge Jennifer McElfresh has set a bond of $1 million, substantially increasing it from the initial amount of $1,25,000 in Hamilton Municipal Court. Roberts is scheduled to be back in court on May 31.

Manjinder Singh, a friend of Jaspreet Singh, said he was a devoted husband and father of four.

"He was very well known and well liked within the community," Manjinder Singh said, noting that his friend helped manage area stores but was recently employed as a truck driver.

He was active at the Guru Nanak Society in the area, he said.

Promoted
Listen to the latest songs, only on JioSaavn.com
"It is just senseless," said Manjinder Singh, adding that "there is no way he would have engaged in any wrong activity. He would have just walked away".

Roberts has a criminal history and was sent to prison in 2016 after pleading guilty to trespass, unlawful restraint and assault, according to Butler County court records.
Comments
Sikhs in USOhio