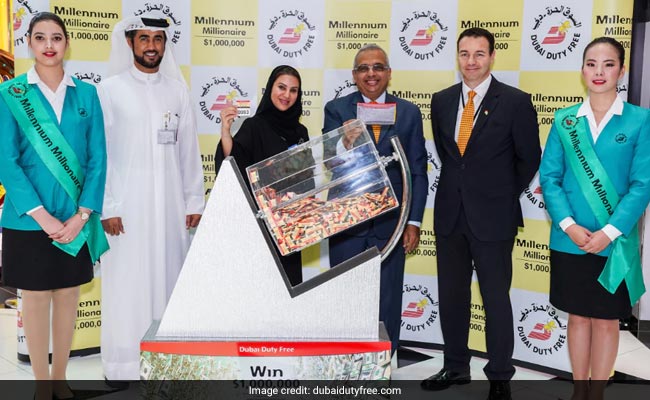 Jaya Gupta and Ravi Ramchand Bachani are both residents of Dubai.

Two Indian nationals, including a woman, have won a staggering USD one million each in the Dubai Duty Free raffle on Tuesday, while another compatriot has won a luxury car in the lottery game, according to a media report.

Jaya Gupta, a 71-year-old Dubai-based businesswoman, said she owed every bit of her win to God and her mother.

"It is their blessings that has got me this far in life." Ms Gupta, a resident of Dubai for the past 35 years said she has been buying the Dubai Duty Free Raffle Draw for 15 years straight now.

She bought her winning ticket before her flight to Mumbai to visit her mother. "Every time the sales girls wishes me best of luck. This time I told the sales girl to pick the number for me and I won. It feels amazing. I am elated to say the least. I have been screaming and telling my loved ones about the win," she told the daily.

She said she is unsure what she will do with the money.

"I have some debts to settle, I will invest some money in my business and some good part will go towards charity. I also want to buy a house for my two adopted daughters who are in India."

Mr Bachani, a 37-year old Dubai-based Indian national who also won in the raffle, has been living in Dubai for 14 years and runs a garment business.

A very thrilled Mr Bachani commented: "This is amazing, I cannot believe that I am now a dollar millionaire. Thank you so much Dubai Duty Free!"

Two other winners of luxury vehicles were also announced on Tuesday in the Finest Surprise Promotion just after the Millennium Millionaire draw.

One of the winners of a Mercedes Benz car is also said to be Indian, the report said.

Indian-Origin Man Among 4 From Prostitution Gang Convicted In UK