Farmers' Protest: "Birthdays are an opportunity to fulfil a wish or desire and this birthday, rather than celebrating, I only wish and pray for a swift resolution of the ongoing talks between our farmers and our government" Yuvraj Singh posted on Twitter on his birthday. 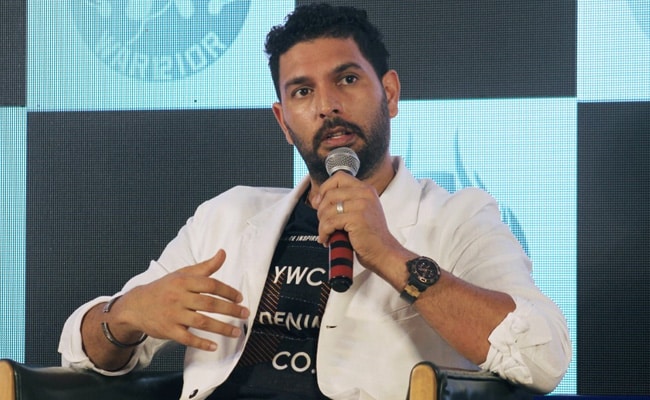 Former cricketer Yuvraj Singh today took to social media to announce that rather than celebrating his birthday this year, he wished for a speedy resolution of the ongoing conflict between farmers and the Central government. He also distanced himself from remarks made by his father Yograj Singh endorsing the sportspersons returning their awards to support the agitation.

In a statement he shared on Twitter, Yuvraj Singh said that "undoubtedly, farmers are the lifeblood of the nation and he believed that the problem could be resolved through peaceful dialogue."

"Birthdays are an opportunity to fulfil a wish or desire and this birthday, rather than celebrating, I only wish and pray for a swift resolution of the ongoing talks between our farmers and our government" he posted on Twitter at the stroke of midnight.

Yuvraj Singh said: "I am saddened and upset by the statements made by Mr Yograj Singh. I wish to clarify that his remarks have been made in an individual capacity and my ideologies are not the same in any manner."

This comes after Yograj Singh on Monday urged the Central Government to listen to the demands of the farmers, and backed sportspersons who were returning their awards to show support with the protesting farmers.

Boxer Vijender Singh, who joined the farmers' agitation at the Singhu border (Haryana-Delhi border), on Sunday, had said that he would return his Rajiv Gandhi Khel Ratna Award if the new agriculture laws are not withdrawn.

Yuvraj Singh concluded his statement by reminding people that the Covid-19 ''pandemic is not over yet'', and urged people to take precautions to fight the infectious virus, adding the slogan, ''Jai Jawan, Jai Kisan! Jai Hind.''

Meanwhile, a student leader of Delhi University sent a legal notice to Yograj Singh on Sunday for allegedly delivering a "highly blasphemous, inflammatory, and derogatory" speech, multiple videos of which were seen on social media.

Thousands of farmers have gathered in and around Delhi to protest against the three farm laws, passed in the Monsoon Session of Parliament in September by voice vote despite objections raised by the opposition.

The farmers are protesting against the Farmers'' Produce Trade and Commerce (Promotion and Facilitation) Act, 2020, the Farmers (Empowerment and Protection) Agreement on Price Assurance and Farm Services Act, 2020, and the Essential Commodities (Amendment) Act, 2020.