Private chat apps, which have more leeway when it comes to touting stocks, have also drawn newbie investors. 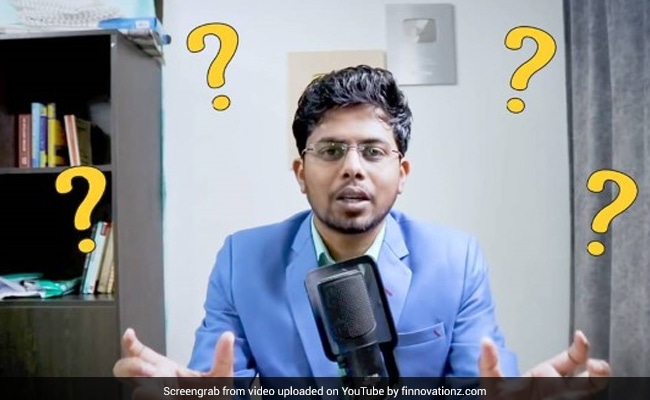 One of the country's top YouTube financial "influencers", Prasad Lendwe.

In November, when the country was in the midst of a pandemic lockdown, one of the country's top YouTube financial "influencers" was met with an unusually large barrage of requests on his trip home.

"My friends kept asking me how they could invest in mutual funds or equities -- even a driver of an auto rickshaw asked me how he could set up a mutual fund with Rs 500 ($7) a month," Prasad Lendwe told Bloomberg News of his trip from Hyderabad to Malkapur, a 300,000-strong city.

"When I started my YouTube platform, no one was interested in stock investing and I had few followers," added the 27-year-old MBA dropout who runs Hindi-language stock education channel FinnovationZ.

In the US, couch-surfing investors have been enticed into spending their stimulus checks on Robinhood Markets Inc and other free trading platforms by forums like WallStreetBets on Reddit, creating a whole new generation of retail punters.

But in India it's been a wave of YouTube influencers like Lendwe as well as a host of private stock-tipping social media chat groups that have drawn millions of day traders into discount brokers like Zerodha Broking Ltd, Angel Broking Ltd and SoftBank Group-backed Paytm's broker app.

Lendwe started his career of demystifying shares in 2014 with a single video on YouTube on the basics of the stock market. He now employs 43 people to help with content and sales and has seen his YouTube followers triple to 1.38 million since 2019. A recent tutorial on how investors could buy into the hot $114 million IPO in December by the Indian unit of Burger King garnered as many as 275,000 views.

Private chat apps, which have more leeway when it comes to touting stocks, have also drawn newbie investors. Among them: 25-year-old Aaron Joseph whose interest was piqued by a Telegram group run by future classmates in an MBA program he is joining in June.

"There are always a lot of conversations about how people can get super-rich from the stock market," said Joseph, who previously worked at a startup in Ahmedabad in Gujarat.

Joseph said he made money earlier from a bet on JSW Steel Ltd but his portfolio is now in the red. Among his share holdings are Jaguar Land Rover owner Tata Motors Ltd, which was tipped on the Telegram chat. Although most of the pandemic restrictions imposed in March have been lifted, the retail frenzy continues. Around 10 million new investing accounts, largely by retail investors, were opened in India last year, calculations from the country's two main depositories of accounts show. The average daily stock turnover has almost doubled to 16.3 trillion rupees in January from a year earlier, data from Angel Broking Ltd show.

Illustrating how widespread the retail investing phenomenon has become, Angel Broking said earlier this month that of the 510,000 new customers it acquired in the three months to December, 72% were inexperienced, and more than half came from small towns and cities.

Angel's larger low-fee broker rival Zerodha said recently that it has added half a million accounts every quarter from April onwards, compared with just 280,000 in the first quarter of 2020.

The 11-year-old digitally focused firm is now the country's largest broker, with more than four million clients who hold their stocks for more than a day.

Apoorv, a 30-year-old director at a non-governmental organisation who declined to disclose his last name to maintain his privacy, is one fledgling investor who took to trading stocks because of the ease of trading on Zerodha's app.

"It's become much easier to open an account -- you don't need to go out of your house, you don't have to learn about complicated brokerage charges and you don't have to print 500 documents," said Apoorv, who added he was the first in his family to trade stocks when he began buying HDFC Bank Ltd in January on a Zerodha account.

Thanks in part to the surge in retail interest, BSE Sensex has been on a record-breaking rally, doubling in value since its March low and beating regional and US benchmarks in the last six months.

India's individual investors have also piled into initial public offerings: the retail tranche of the $93 million September listing by IT firm Happiest Minds Technologies Ltd. was 71 times oversubscribed, the most-ever for a float of more than $50 million, while Burger King India's was 68 times, the second-highest. 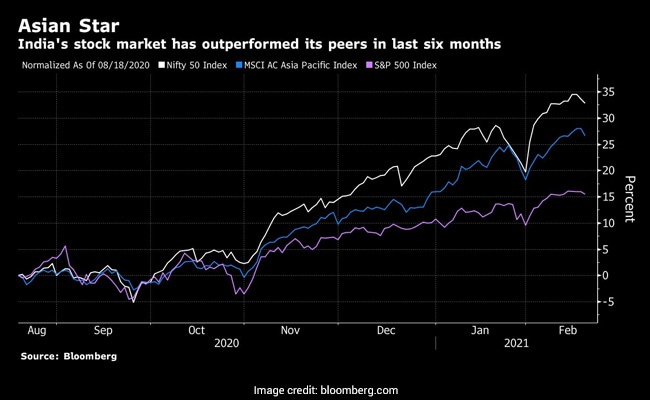 However, analysts warn that the simplicity of trading on apps could lead inexperienced investors to take risks that could backfire.

"This new era of e-commerce-like platforms has made buying stocks as easy as buying a mobile phone or soap online," said Vivek Bajaj, Kolkata-based co-founder of Stock Edge, a research and education platform for retail investors. "Fundamental value has lost its relevance -- and liquidity is driving everything."

Bajaj said that he is worried that the upcoming IPO by Life Insurance Corporation of India, the state-owned behemoth whose share sale could be the largest-ever in the country, will lead to "mass hysteria."

"Once you are comfortable with a particular group or person, you tend to follow him or her for a reasonably long time," he said. "And because markets haven't corrected, you gain more and more trust and confidence in that person."

Meanwhile, although his portfolio is in the red, Joseph says his interest in investing hasn't dimmed. He's now looking into buying cryptocurrencies.