YouTube Accounts, Websites Against India Will Be Blocked, Says Minister

In a "closely coordinated" effort with intelligence agencies, the I&B ministry had in December last year ordered the blocking of 20 YouTube channels and two websites. 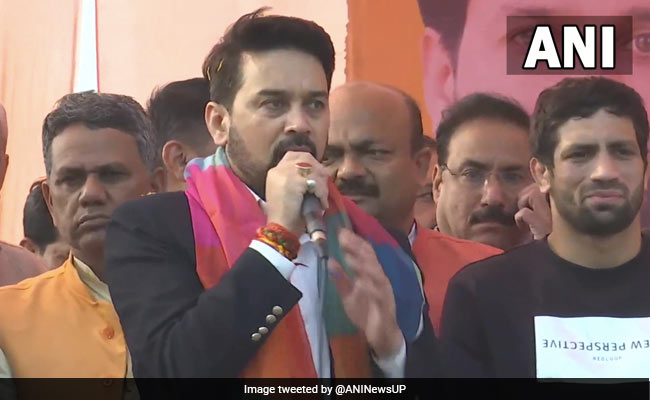 Days after 20 YouTube channels and two websites were blocked for spreading anti-India propaganda and fake news, Information and Broadcasting Minister Anurag Thakur on Wednesday warned that the government will continue to take such action against those "hatching conspiracy” against the country.

“I had ordered for action against them.… I am happy that many big countries across the world took cognisance of it. YouTube also came forward and took action to block them,” Mr Thakur told reporters while replying to queries on the issue.

In a "closely coordinated" effort with intelligence agencies, the I&B ministry had in December last year ordered the blocking of 20 YouTube channels and two websites as they were spreading anti-India propaganda and fake news.

“And in future also, action will be taken to block any such account hatching conspiracy against India, spreading lies and dividing the society,” the minister asserted.

In a statement in December, the ministry had said that these 20 YouTube channels and the websites belonged to “a coordinated disinformation network” operating from Pakistan and spreading fake news about various sensitive subjects related to India".

The channels were used to post "divisive content in a coordinated manner on topics like Kashmir, Indian army, minority communities in India, Ram Mandir, General Bipin Rawat, etc", it had said.