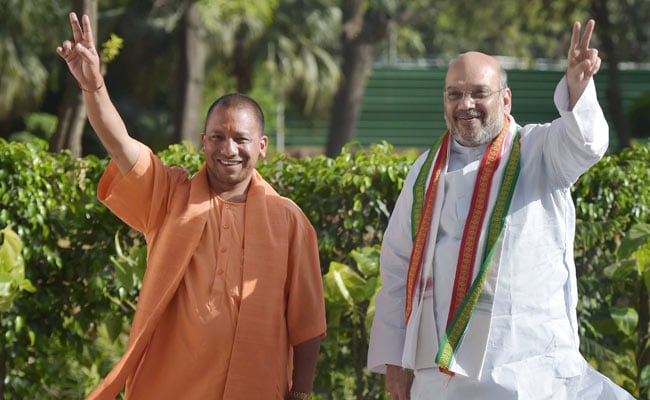 New Delhi: After his last speech in parliament, Yogi Adityanath, the new Uttar Pradesh Chief Minister, was on his way to the airport to return to Lucknow when he headed back into the capital, reportedly for an "unscheduled" meeting with BJP President Amit Shah, according to the Press Trust of India.

The saffron-robed monk, who is 44, has to quit parliament and get elected to the UP legislature within six months. In the Lok Sabha, he praised Prime Minister Narendra Modi as a "global icon" and said he will implement his "sabka saath sabka vikas" (development for all) plan in India's most populous state.

Mr Adityanath has been a five-time member of parliament from Gorakhpur in Uttar Pradesh.

His meeting with Mr Shah last evening was reportedly aimed at deciding the distribution of important portfolios. He has two deputies - Dinesh Sharma, former Mayor of Lucknow, and Keshav Prasad Maurya, who is the president of the BJP in Uttar Pradesh.

Sources have said that Mr Maurya and Mr Adityanath both want to run the Home Ministry in the state.