Kanwar Yatra: "DJs will not be banned during the 'Kavan Yatra' but they should only play bhajans. No filmy song is allowed," an official statement from Chief Minister's Office read. 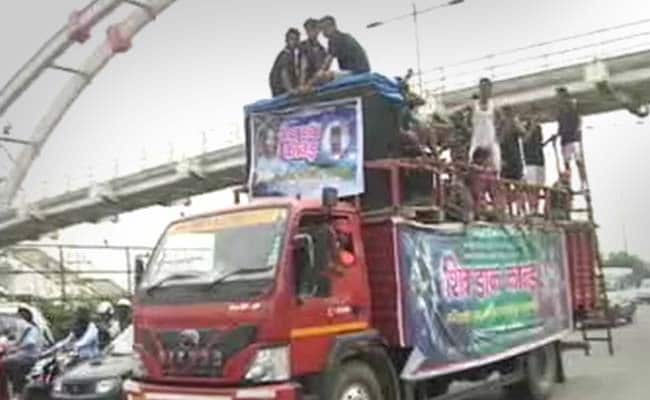 In recent years, Kanwariyas have been accompanied with "vulgar" music being played from trucks

Uttar Pradesh Chief Minister Yogi Adityanath said on Wednesday that DJs and loudspeakers will be allowed during the annual 'Kanwar Yatra' only if they play bhajans or devotional songs, not remixes and filmy songs.

The decision was taken in a meeting held with the administration and police department at Lok Bhawan on Wednesday.

"DJs will not be banned during the 'Kavan Yatra' but they should only play bhajans. No filmy song is allowed," an official statement from Chief Minister's Office read.

Last year too, Yogi Adityanath had asked devotees participating in the Kanwar yatra not to play "vulgar" songs.

According to news agency Press Trust of India, on being asked about the ban on DJs during the 'Kanwar' or 'Kavan' yatra as it generates noise, Yogi Adityanath had asserted that till loudspeakers are not banned in every place of worship, the Kanwar yatra will continue in the usual way.

He had said when officials told him about the use of DJs during the Kanwar yatra, he told them to ensure that no sound emanates from any place of worship.

The Kavan Yatra is an annual pilgrimage of Lord Shiva's devotees. The Kanwaris (pilgrims) visit Haridwar, Gaumukh and Gangotri in Uttarakhand and Sultanganj in Bihar to fetch holy waters from the Ganga river.