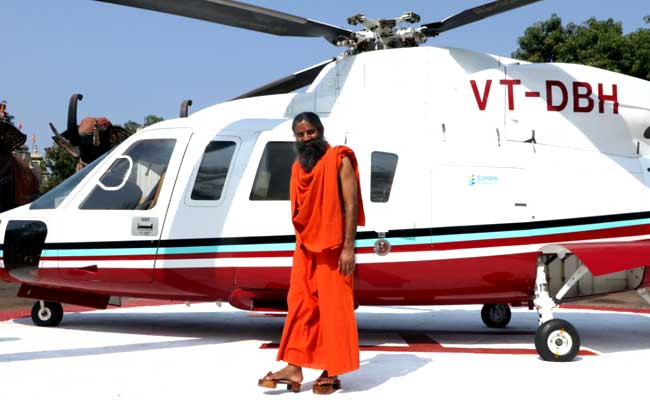 Patanjali Ayurved Ltd., which has taken on the likes of Unilever with its range of natural and ayurveda nutrition and personal-care products, plans to enter the restaurant business in India and compete with McDonald's Corp., Kentucky Fried Chicken Corp. and Subway Restaurants.

The company, based in the north Indian state of Uttarakhand, is working on "an extensive plan" to start a restaurant chain, Baba Ramdev -- a yoga guru and the face of Patanjali Ayurved -- said at a press conference in New Delhi on Thursday. Ayurveda is based on a belief that health and wellness depend on a balance of mind, body and spirit, and can include the use of herbal compounds and special diets.

With a ready-made clientele because of Baba Ramdev's vast following, Patanjali will increase competition in an already crowded food retailing space in India, said Santosh Kanekar, a Mumbai-based adviser at BeLive Corp., which consults with hedge funds. Food accounts for about 57 percent of India's total retail business and the market is expected to more than triple to Rs 71 lakh crore ($1.1 trillion) by 2025, according to India Food Forum, a retail-exhibition platform.

"There are already so many players and even a strong player like Dominos is struggling for growth," Kanekar said, referring to the Indian unit of Domino's Pizza Inc. Patanjali Ayurved has the ability to generate buzz initially, he said, though it probably doesn't have a sustainable competitive advantage in the Quick Service Restaurants space, which requires high capital expenditures.

The aim, according to Ramdev, is to wean Indians off what he considers unhealthy food.

The company's turnover was Rs 10,500 crore in 2016-17, Baba Ramdev said Thursday. It has the capacity to make products worth 300 billion rupees and plans to double that next year, he said. Patanjali Ayurved also intends to launch an apparel business and a school for the children of slain Indian soldiers, he said.

Ramdev has said he's an "unpaid ambassador" at Patanjali and that childhood friend Acharya Balkrishna holds 97 percent of the company's shares.

Promoted
Listen to the latest songs, only on JioSaavn.com
"Patanjali has broken the stranglehold of multinational companies," Ramdev said. "I want India to be free of the hold of foreign companies."