Snatch Away Voting Rights Of People Who Have More Than Two Kids: Ramdev

Ramdev says, people who give birth to more than two kids whether they are Hindus or Muslims, should be denied government facilities 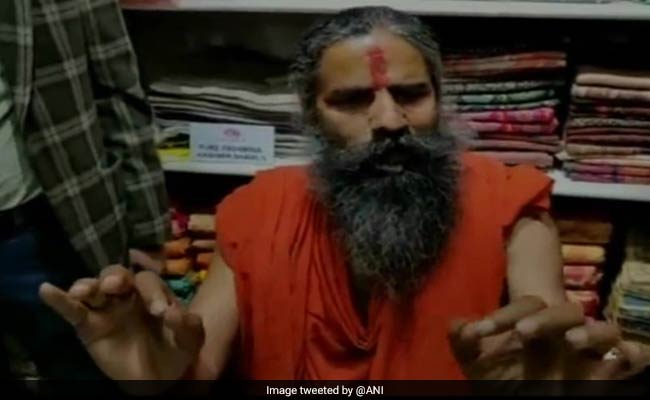 People who have more than two children should not get voting rights, says Ramdev

In a billion-plus country, controlling population should be a priority feels Yoga teacher Ramdev. Speaking in Aligarh on Wednesday, he has advised that the government should snatch away the voting rights of people who go for more than two children.

"To control population of the country, voting rights, jobs and treatment facilities should be taken away from people who give birth to more than two kids whether they are Hindus or Muslims. Then only the population will be controlled," said Ramdev.

This is not the first time that Ramdev has made such a comment. Last year, he had even gone to the extent of saying that people who have more than two children should be denied admissions in government schools, facilities at government hospitals and not be given government jobs.

A bachelor himself, the 52-year-old had earlier said that people like him who do not marry deserve special honour. "I don't go around with the baggage (of having a family). I have created brands. I want to make 1,000 such brands which will make India the world's biggest economy by 2050," news agency PTI had quoted him saying at a function last year. The face of Patanjali, Ramdev had attributed his success to bachelorhood.

Patanjali launched in 1997, has seen a meteoric rise. From more than two dozen FMCG products, the company has forayed into frozen food, dairy products, packaged water and garments.

The Uttarakhand High Court in December directed Ramdev's company to share a percentage of its profits with local farmers and communities. The Judge said that it was a fact that biological resources constitute the main ingredient and raw materials in the manufacture of ayurvedic products.